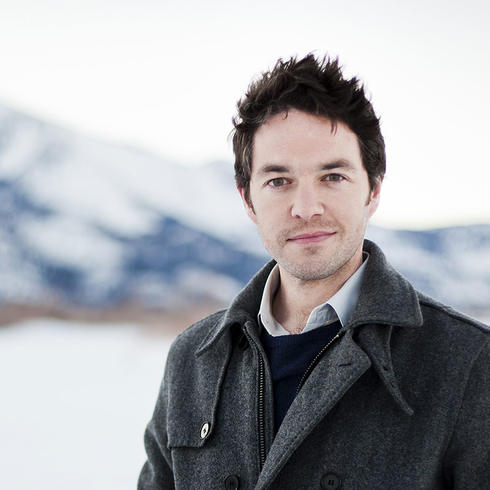 "An exciting composer of the new American generation" (New York Times), Sean Shepherd has earned wide acclaim and commissions from major ensembles and performers across the US and Europe. In 2012, Shepherd was named the New York Philharmonic’s inaugural Kravis Emerging Composer, and has previously served as the Daniel R. Lewis Composer Fellow at the Cleveland Orchestra and composer-in-residence of the Reno Philharmonic.

Shepherd’s recent orchestral work Express Abstractionism has been performed across the continents by Boston Symphony Orchestra and Leipzig Gewandhaus Orchestra, led by Andris Nelsons, and recorded by Boston Symphony Orchestra for Naxos Records. Other recent highlights include his new saxophone quintet Sonata à 5 for the Music Academy of the West; Melt for orchestra, which premiered at the Grand Teton Music Festival, led by Donald Runnicles; Echo for oboist Nicholas Daniel at the Aldeburgh Festival; wideOPENwide for violinist Jennifer Koh; and Concerto for Ensemble, which premiered at the Philharmonie de Paris, with Matthias Pintscher conducting Ensemble intercontemporain. Planned upcoming premieres in 2021 include String Quartet No. 3 for the Gewandhaus Quartet, a large-scale work for flutist Joshua Smith and percussionist Jacob Nissly at the Santa Fe Chamber Music Festival, and a major new piece for the Dresdner Festspiele and Philharmonisches Staatsorchester Hamburg, with cellist Jan Vogler and Kent Nagano conducting.

Shepherd’s Magiya, written for Carnegie Hall’s inaugural National Youth Orchestra of the United States of America, toured the US and Europe in 2013 with Maestro Gergiev and continues to find enormous success with performances by several major orchestras around the world.

Shepherd’s education includes degrees in composition and bassoon performance from Indiana University, a master’s degree from The Juilliard School, and doctoral work at Cornell University with Roberto Sierra and Steven Stucky. His music is published by Boosey & Hawkes.

In the months leading up the first notes of this piece being put on paper, I had a lot of ideas. This seems obvious enough, you might imagine. To this I must reply: even a bad idea can be difficult to come by; a good (fertile, useful, flexible, clear, sincere) idea is a unicorn trotting among the four-leaf clover in Shangri-La. To have more than enough thoughts, good or bad, jangling around for a piece is, well, for me: rare.

So what to do with a lot of ideas? As far as I can count, two options: rush them down the flooding river of time as quickly as possible, one after the other, or: stack them on top of each other, like pancakes or Jenga or Tetris. The two-dimensionality of this conundrum led to the first good idea I had for this piece, which was to look to those who’ve dealt with it on canvas or in space, while choosing to leave each idea (a line, a color, a shape, a void) as naked as it came to them. There is stacking that goes on, but I would say the nature of this piece follows the first option – things tend to occur rather quickly over these four short movements (what occurs to me, after the fact, is that I might possibly have written a very small symphony) – hence my too-clever-by-half play on words for a title: Express Abstractionism.

Beyond the fact that I am immediately and consistently drawn to their work, these artists have no particular relationship to each other, other than a basic definition of working predominantly as abstract (ie. non-representational, but even that can be complicated) artists. Lee Krasner was an actual Abstract Expressionist (though sadly to me and my personal taste, she is probably better known as being widowed by another one). I would classify three of these artists as “iconic” – their work can be quickly recognizable as their own, and can even be emblematic of their time – while the only living artist, Gerhard Richter, continues to evolve and confound. In fact, putting these five together means that one can find an outlier in many kinds of comparisons – but a tie that appears significant to me is the generally tragic role that the political events of the early and middle Twentieth Century played in each of their lives.

As a citizen, I’m consumed by the events of our time, and as a fascinated student of history, I feel greater unease about the future than I ever have in my still-short life. As someone who struggles with an appropriate creative response (or even whether to respond at all), I’ve taken retreat in the magic of these abstract ideas, and in their utter rawness and power in the face of … complication. Our cultural habit has been to take them – the ideas, the artists, the work, and the movement – very seriously, but I find it useful to view simply. A line is a line and blue is blue, and the brush that touches the canvas fits right in the hand – today, that to me is truth.

Express Abstractionism is dedicated to my partner, Jacob Goodman, whose curiosity, conversation, challenge, and support I treasure.