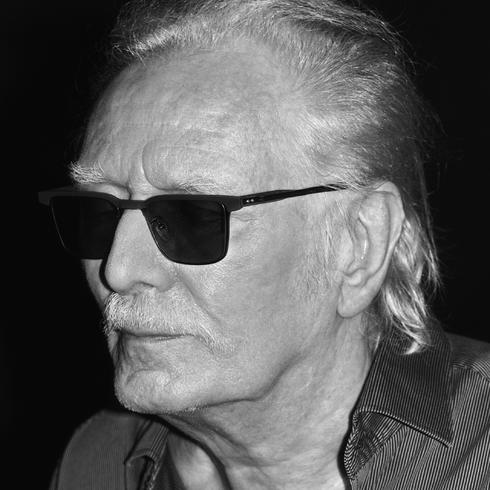 Between 1963 and 1970 York Höller studied composition with Bernd Alois Zimmermann, electronics with Herbert Eimert, piano, and conducting at the Cologne Musikhochschule, and philosophy and musicology at the University of Cologne. He participated in the 1965 Ferienkurse at Darmstadt, and soon became established as one of the most promising German composers of his generation. He was invited by Karlheinz Stockhausen to work at the electronic studio of the WDR (West German Radio) in Cologne from 1971-72, and has subsequently been appointed Director of the studio as a successor to Stockhausen.

The commissioning of Arcus for the Ensemble InterContemporain in 1978 launched Höller's particular association with the French musical world. The technology at IRCAM offered Höller the opportunity to write a score which explored the integration of live and electronically processed sound. The success of Arcus, performed throughout Europe and in the USA, led to a second EIC commission, Resonance, and to a sequence of compositions achieving an impressive synthesis of acoustic and electronic mediums.

The 1980s also saw the composition of a number of purely acoustic pieces, including Piano Concerto No.1, written for Peter Donohoe and the BBC Symphony Orchestra and performed in Paris with Daniel Barenboim as soloist. The orchestral work Magische Klanggestalt has been played extensively throughout Europe, including tours to Scandinavia, Russia and Poland, by the Hamburg Philharmonic under Hans Zender, and the Berlin Philharmonic under Barenboim.

Höller's opera Der Meister und Margarita (1984-89), a setting of Bulgakov's novel, was premiered at the Paris Opera, produced by Hans Neuenfels and conducted by Lothar Zagrosek. The work was subsequently staged by the Cologne Opera, and the composer has extracted a suite for soprano, orchestra and tape, entitled Margaritas Traum. A recording of the Cologne production was released on Col Legno in 2000.

Concertante works by York Höller include Fanal for trumpet and orchestra, premiered by the Ensemble InterContemporain in 1991 and performed and recorded for Largo by the London Sinfonietta, and a second piano concerto Penséesscored for MIDI-piano, orchestra and electronics. His orchestral work Aura, commissioned by the Chicago Symphony Orchestra, was premiered under Daniel Barenboim in 1995, and was toured by the orchestra to the Cologne Musik Triennale in 1997. In 1999 Höller was commissioned to write the orchestral work Aufbruch, to mark the departure of the German parliament from Bonn to Berlin.

Höller’s orchestral scores of the past decade include Sphären, commissioned by WDR and premiered in Cologne under the baton of Semyon Bychkov in 2008, which won the 2010 Grawemeyer Award.

Among his last creations, we can mention : A Cello Concerto for Adrian Brendel (2013), Viola Concertofor Tabea Zimmermann by the Gürzenich Orchestra in Cologne and the Seoul Philharmonic in 2018 and Beethoven-Paraphrasefor chamber orchestra (2018-2019).

The work consists of three movements. All three movements are based on a single "sound shape" (Klanggestalt) that emerges from a "primordial cell" of minor and major seconds and unfolds into a 30-tone melodic-harmonic figure that was not developed according to criteria of traditional tonality, but certainly according to aspects of musical logic.

This sound form is usually not resounding completely, instead parts of it are often split off, sequenced, varied etc. This design principle can be described as the "permanent development" of a structure that is theme-like in the broadest sense. In other words: this sound form and its equivalents in other works of mine are not rigid but flexible entities, in which the compositional approach to them is to avoid rigid mechanisms, but instead to repeatedly illuminate and reconfigure them structurally and expressively.

In order to express this moment of a contrasting change of perspective in a purely external way, I have chosen the classical three-movement concert form with its inherent diversity of movement characters.

The first movement may in some respects be reminiscent of a sonata form in that it is sometimes characterized by strong contrasts and exaggerations. In addition, the second half of the movement shows quite reprise-like features. A small cadenza, where the solo viola enters into a dialogue with a solo clarinet, is not missing.

The viola alone opens the second movement with a melancholy melody, inspired by the famous poem "Chanson d'automne" (Les sanglots longs des violons de l'automne...) by Paul Verlaine. This movement is dedicated to the memory of Pierre Boulez. The 9-bar melody, which grows out of the first segment of the sound shape, forms the foundation for a chaconne, i.e. a formally clearly structured chain of variations, towards the end of which the solo viola is required to display a maximum of virtuosity.

The third movement provides for an extremely lively tempo throughout and unfolds in the style of a rondo. However, there are never simple repetitions, but the main motive, derived from the sound shape, is continued differently with each recurrence, is, so to speak, set on a new path. In this polarity of identity and non-identity lies a moment of tension that has always been important to me.