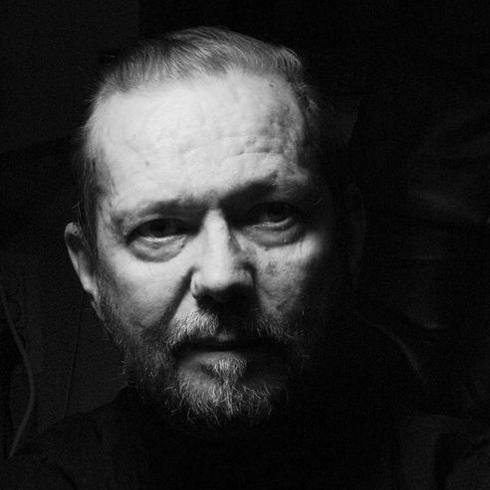 After extensive musical studies in 1967-1982 (piano, harpsichord, conducting, composing, historically informed performance, and electronic/computer music a.o.t.) at the Sibelius-Academy, the Juilliard School, Staatliche Hochschule in Freiburg im Breisgau, IRCAM and other institutes Jukka Tiensuu toured three continents giving numerous concerts with a repertoire ranging from the Renaissance to the latest avant-garde and free improvisations. He has received numerous prizes for his compositional work as well as for his recordings and performances.
In the late 70's, as the president of the ISCM Finnish Section, Tiensuu started the first ever regular contemporary music concert series in Helsinki. He then became a founder and the first artistic director of Helsinki Biennale (now Musica nova Helsinki) as well as the founder and a long-time artistic director of Time of Music contemporary music festival and summer academy in Viitasaari. His other activities include teaching, writing for books and magazines and making evocative radio programs on both baroque music and on music of our time.
Along with over a hundred works in the traditional instrumental, vocal and orchestral fields - in various styles, often microtonal and with electronic or computer music parts - Tiensuu's compositional output also includes many curiosities such as works for traditional Chinese orchestra, accordion ensemble, clarinet orchestra, instrumental theatre, baroque orchestra, or works for any ensemble. Practically all of his works have stayed in the repertoire and already half of them can be found on audio discs.

Concerto for sheng and orchestra

The work has four movements: Fever, Adrift, Game, and Bliss.
Always eager to conquer new territories, and after already having written some dozen works for accordion, I found it fascinating to delve deep into the world of its great-grandfather - the sempiternal sheng - and I was fortunate enough to have the initiation to the instrument by the grand master itself, Wu Wei, whose zeal, amazing skills, and deep understanding of music of all ages were an endless source of inspiration for me.
I have systematically refrained from providing my works with programme notes aka listening instructions, because important in a musical work are not the thoughts of the composer but the thoughts the music incites in the listeners and the small personal enlightenments they may lead them to. However eloquent my comments might be, they would only narrow the listener's focus, obscure alternative interpretations and thus discourage the listener from experiencing the music purely on his or her own terms. I trust the music to speak best for itself – when the creator keeps out of the way.
Jukka Tiensuu