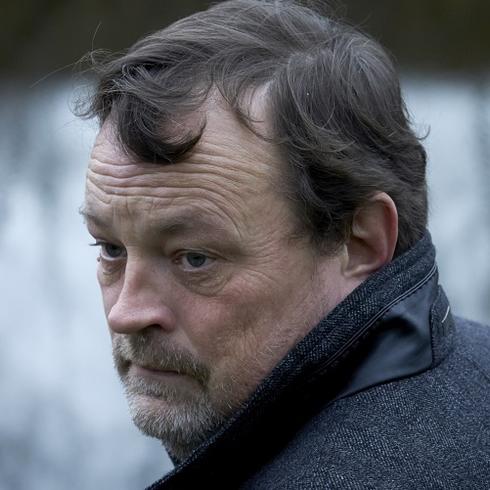 The first string quartet Alman (1984) along with the other three quartets, Adieu (1986), Angels’ Music (1988), and Schrie und Melancholie (1994), are still considered among Sørensen’s most important works. The vastly productive 1990s were dominated by large-scale orchestral and vocal works : The Echoing Garden (1992) for soloists, choir and orchestra, the violin concerto Sterbende Gärten (1993), the Symphony (1996); and the piano concerto La Notte (1998), the concerto Birds and Bells for trombone and 14 instruments (1995)... He worked with Danish playwright Peter Asmussen on an opera commissioned by the Royal Danish Theater, Under the Sky in April 2003, followed by Sounds Like You (2008) for actors and a symphony orchestra Bergen International Festival in 2009.

Bent Sørensen received the Nordic Council Music Prize in 1996 for the violin concerto Sterbende Gärten and in 1999 he received the Wilhelm Hansen Composer Prize.

He is composer-in-residence at the Danish ensemble Scenatet and held that same title at the Huddersfield Contemporary Music Festival in the UK in 2011. In 2014 Sørensen was appointed chairman of the Danish Composers Society and the same year he was awarded the Wilhelm Hansen Prize of Honor.

For several rather inexplicable reasons it is important to me not “just” to number the symphonies in order to emphasize the genre. Titles, more importantly than genres, are part of my dreams – the dreams that become music. And Second Symphony is definitely both a title and part of a dream.

I thought exactly the same when I composed (and now I almost wrote: "the first") Symphony in 1996.

Second Symphony is in four movements. The first movement opens with a scream. The subsequent parts of the movement form a unified but complex whole, where traces from the coming movements turn up – constantly in interaction with the scream and its echoes.

The second movement is slow and rather melodious. It was actually performed in a “trailer version” – shortened and minimized in December 2018 in the Danish TV programme Deadline.

The third movement is a scherzo – teeming, rhythmic, with almost physical soft and violent meetings, like acts of love between the different layers of music.

The last movement is a farewell song – a goodbye. A musical ship is approaching only to disappear again. Where I perceive the preceding movements as highly contemporary, there is a touch of the past in this last movement – my past. I quote my fourth string quartet Schreie und Melancholie, and in this movement I was also influenced by the fact that my mother passed away during the composition of this piece. Maybe this is my farewell that I write in music.

For violin, cello, piano and orchestra

Three soloists gather into one trio, which then becomes one compound soloist. A chamber ensemble surrounded by an orchestra – an island in the middle of the city.

The Triple Concerto is in five movements that are linked together and played without intermissions. Three short movements – a prelude, an intermezzo and a farewell – position themselves around in between the diverse second movement, which is initiated by something as strange – for me – as a piano fugue, and the impetuous and scherzo-like fourth movement. In all movements the island tries to escape from the city’s shadows – the trio seeks to escape the orchestra. In the fifth movement the trio’s yearning to get away from the orchestra is obvious as it silently and introverted glides away and out of the orchestra’s noisy shadows.

L’Isola della Cittá – The Island in the City is written for Trio con Brio and commissioned by The Danish Radio Symphony Orchestra and Trondheim Chamber Music Festival.