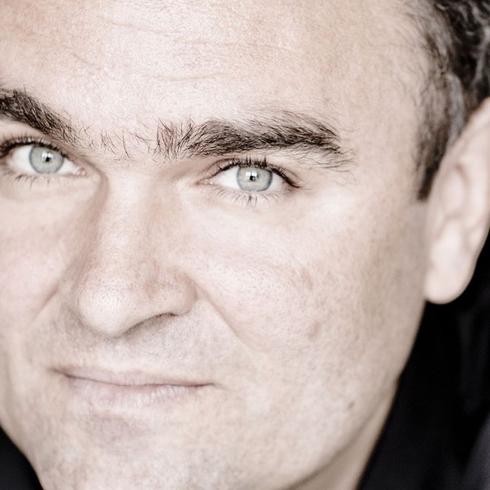 Several works have been dedicated to Widmann by fellow composers: in 1999, he performed the premiere ofMusic for Clarinet and Orchestra by Wolfgang Rihm in the musica viva concert series; in 2006, he performed Cantusby Aribert Reimann with the WDR symphony orchestra, and in 2009, at the Lucerne Festival, the world premiere of Rechant by Heinz Holliger. From 2001 to 2015, Widmann was professor of clarinet at the Freiburg Staatliche Hochschule für Musik where he also took up the post of professor of composition in 2009. From 2017, he holds a chair at the Barenboim-Said-Academy in Berlin. Moreover, Widmann is Pricipal Conductor of the Irish Chamber Orchestra.

It is the string quartets which form the core of Widmann’s œuvre : String Quartet No. I (1997), followed by Choralquartett (2003/2006) and Jagdquartett which was premiered by the Arditti Quartet in 2003. This series was completed in 2005 by String Quartet No. IV (first performance given by the Vogler Quartet) and Quartet No. V with soprano, Versuch über die Fuge [Attempt at a Fugue], premiered by Juliane Banse and the Artemis Quartet. The five string quartets are intended as a large cycle, with each individual work following a traditional form of setting.

Widmann has composed a trilogy of works for large orchestra on the transformation of vocal forms for instrumental forces consisting of the compositions Lied (2003/2007), Chor (2004) and Messe (2005). A second trilogy comprises the pieces Labyrinth (2005), Zweites Labyrinth (2006), Drittes

Labyrinth (2013/2014). In 2007, Christian Tetzlaff and the Junge Deutsche Philharmonie gave the premiere of Widmann’s first Violin Concerto. The same year, Pierre Boulez and the Vienna Philharmonic gave the first performance of Armonica for orchestra. Con brio, an homage to Beethoven, performed for the first time by the Bavarian Radio Symphony Orchestra under the direction of Mariss Jansons. For pianist Yefim Bronfman, Widmann wrote the piano concerto Trauermarsch. It was first performed in December 2014 with the Berlin Philharmonic under the baton of Sir Simon Rattle. Premiered in November 2015 by the Orchestre de Paris and soloist Antoine Tamestit, Widmann's Viola Concerto uniquely explores the Sound possibilities of the Instrument as does the Violin Concerto No. 2 for Carolin Widmann, written and premiered in 2018.

Music-theatre projects are premiered : the opera Das Gesicht im Spiegel (2003/04), Am Anfang( 2009) was premiered by Widmann and the visual artist Anselm Kiefer on the occasion of the 20th anniversary of the Opéra Bastille in Paris and also Babylon (2011/12) with a new version commissioned by the Staatsoper Unter den Linden, Berlin in 2019. His oratorio ARCHE (2016) for the opening of Hamburg’s was premiered by Kent Nagano and the Philharmonisches Staatsorchester Hamburg in January 2017.

Jörg Widmann has received numerous prizes – among them - the Belmont Prize for Contemporary Music from the Forberg-Schneider Foundation (1998), the Arnold Schönberg Prize (2004), the Music Award of the Heidelberger Frühling and the GEMA German Music Authors Award. In 2018, he was awarded the Robert Schumann Award of the Academy of Sciences and Literature Mainz and the Bayerischer Maximiliansorden für Wissenschaft und Kunst. He is a fellow of the Institute for Advanced Study in Berlin and a full member of the Bavarian Academy of Fine Arts, the Free Academy of the Arts in Hamburg, the German Academy of Dramatic Arts and the Academy of Sciences and Literature Mainz. He was composer-in-residence of the Deutsches Symphonie-Orchester Berlin, the Cleveland Orchestra, the Salzburg Festival, the Lucerne Festival, the Cologne Philharmonic Orchestra, and the Vienna Konzerthaus.

After my first two purely orchestral Labyrinth compositions, and the imaginary scenes for Soprano and grand orchestra in Labyrinth III, it was clear to me that Labyrinth IV required a male voice for the Minotaur as a complement to Ariadne’s soprano. The instrumental part in Labyrinth IV is much smaller than in the previous Labyrinths : reduced to an ensemble with two vocal parts.

The piece begins with the Minotaur’s conception: the Minoan bull, Pasiphae and the artificial bull. In the middle, there is a labyrinth with the growling snorting Minotaur and the girls and youths as sacrificial victims, who, according to Friedrich Dürrenmatt, tear themselves apart out of fear and panic. The final scene takes place on Naxos, where Ariane and Dionysus celebrate their marriage by throwing the crown up into the sky, where it becomes the eternal constellation of their love in the starry Labyrinth.

Widmann, who has written a significant number of remarkable piano works and solo concertos, has not composed a piano concerto yet. He, who uses the piano extensively while composing, states in an interview from early 2014 that – when it comes to the piano – he instantly thinks of Brahms’ second piano concerto, a piece he used to be “almost addicted” to.

At that time, Widmann felt that he had to return to this heavyweight of the repertoire and the “German tradition” for his own concerto. “No matter what will come in this piece: It has to open with a horn and the piano.” In the final score, one quickly notes that this concept had to be subject to fundamental changes. There is no spring water-clear B flat major as at Brahms’ first bars: Widmann’s Trauermarsch (Funeral March) starts with a meager dialogue between the piano and a trumpet. Dark sounds in B flat minor – the C strings of the celli and of every second double bass are tuned down to B flat – and a gesture of sighing with the implacable funeral march rhythm form the starting point. Here, Mahler might be closer than Brahms. However, references like this are only the surface of the musical events. The true subject of the work – as Widmann clearly expresses – is “what is different”, meaning everything that creates something new within old circumstances. “You’ll never write the piece which you have in mind when you start working” Widmann always says. He is not interested in abstract concepts but in the musical material which generates the musical form from itself. The gravity of the sound events comes to existence during the process of composition – Sibelius’ famous dictum he was “a slave of his themes” might lead in the same direction. “Initially, I thought of a multiple-movement concerto”, Widmann states. “But then I noticed that the whole piece must point to this archaic funeral march and its permutations. There is always a latent idea of a fast movement, and you feel those moments of escapism when it breaks though”. All the sudden these eruptions of percussive and motoric gestures appear inside of the march. Other passages see tender intermediations between the characters where glissandi of the lotus flutes are of uncommon importance. There is no autobiographical reason for Widmann to drill with “almost manic intensity” in the funeral march type. It was rather the question whether the burdened topos has meaning in the world of today. Or, whether the model of a funeral march is suitable for a genre which is by definition an interaction between unequal partners.

What is the challenge of the concerto genre? „What puzzled me was the attack of the piano tone and its quick decay. It means that I need an abundance of pulse sequences to establish the piano sound in respect of the orchestra”. The score immediately tells how dense the piano part is assembled: In quiet passages the solo part often is written in three or four staves while a vast number of pulses is extracted from a wide range of tones using the sustain pedal. The technical demands are enormous because the wide piano setting – this is similar to Brahms – contains lots of internal contrapuntal references. And except for five bars near the end, the soloist has to play without rest throughout the whole piece. “It was like euphoria, nothing I had planned: Every gesture of the piano evoked a comment in the orchestra. Strangely, the passages which I thought needed to see the piano alone … they never came. But I fetishistically struggled for the best possible presence of the piano sound. This is why the orchestral part shows those extremely sophisticated dynamical marks. Eventually, only seconds before the end of the concerto, a catastrophic event occurs and the piano is overrun by the orchestra. But that is, of course, a matter of dramaturgy“. In its final bars, the score names this “Swan Song”, the music returns to the lowest registers until it comes to a final rest on a C sharp minor chord. As obvious Widmann’s keen sense of this haunting gesture might be, as distinct is his ability to finely tune the color of the sound inside the large orchestra. One will need to listen to this piece more than once to capture its richness of detail.