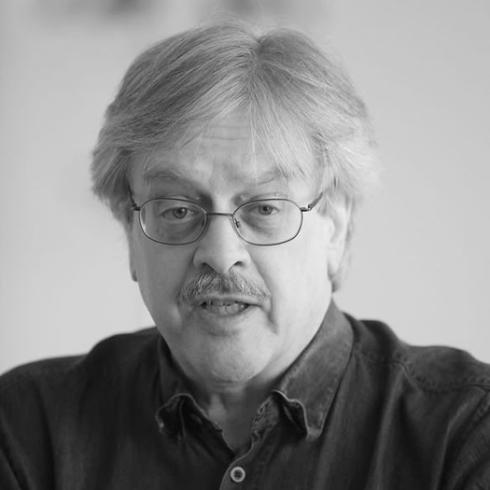 Lerdahl studied at Lawrence University, Princeton, and Tanglewood. He has taught at UC/Berkeley, Harvard, and Michigan, and since 1991 he has been Fritz Reiner Professor of Music at Columbia University. Commissions have come from the Fromm Foundation, the Koussevitzky Foundation, the Spoleto Festival, National Endowment for the Arts, the Chamber Music Society of Lincoln Center, the Library of Congress, Chamber Music America, and others. Among the organizations that have performed his works are the New York Philharmonic, the Pittsburgh Symphony, the San Francisco Symphony, the Seattle Symphony, the Cincinnati Symphony, the Los Angeles Philharmonic, the American Composers Orchestra, the Saint Paul Chamber Orchestra, Orpheus, the Boston Symphony Chamber Players, the Chamber Music Society of Lincoln Center, eighth blackbird, Speculum Musicae, Collage, Argento, Talea, the Peabody Trio, the Juilliard Quartet, the Pro Arte Quartet, the Daedalus Quartet, Ensemble XXI, Lontano, and the Venice Biennale.
He has been in residence at the Marlboro Music Festival, IRCAM, the Wellesley Composers Conference, the American Academy in Rome, the Bowdoin Summer Music Festival, the Yellow Barn Music Festival, the Beijing Modern Music Festival, the Etchings Festival, the Saint Paul Chamber Orchestra, and the Center for Advanced Study in the Behavioral Sciences. Lerdahl’s music has been commercially recorded on several labels and Bridge Records has established “The Music of Fred Lerdahl” portrait series. “The Music of Fred Lerdahl, Vol. 4” was released in May, 2013 featuring the composer’s Spirals for chamber orchestra, Three Diatonic Studies for piano, Imbrications for mixed sextet, Wake for soprano and ensemble, and Fantasy Etudesfor mixed sextet, with performances by the Argento Ensemble, Boston Symphony Orchestra Chamber Players, eighth blackbird, the Odense Symphony Orchestra, soprano Bethany Beardslee and pianist Mirka Viitala.
His seminal book A Generative Theory of Tonal Music, co-authored with linguist Ray Jackendoff, is a founding document for the growing field of the cognitive science of music. His subsequent book, Tonal Pitch Space, won the 2003 distinguished book award from the Society for Music Theory and an ASCAP-Deems Taylor award. A third book (in progress), Composition and Cognition, based on his 2011 Bloch Lectures at UC/Berkeley, will bring together his dual activity as composer and theorist.
In 2010 Lerdahl was honored with membership in the American Academy of Arts and Letters. Three of his works composed since 2000—Time after Time for chamber ensemble, the Third String Quartet, and Arches for cello and chamber orchestra—have been finalists for the Pulitzer Prize in music. Recent premieres include Time and Again with the Saint Paul Chamber Orchestra, led by Roberto Abbado, Fire and Ice for soprano and double bass, at the Tanglewood Music Center, and Give and Take for violin and cello, with cellist Anssi Karttunen and violinist Ernst Kovacic at the 2015 Musica nova Helsinki Festival.

For soprano and bass

Fire and Ice (2015) was commissioned by the Tanglewood Music Center for its 75th anniversary. The text is a famous lyric by Robert Frost:
Some say the world will end in fire,
Some say in ice.
From what I've tasted of desire
I hold with those who favor fire.
But if it had to perish twice,
I think I know enough of hate
To say that for destruction ice
Is also great
And would suffice.

This rather terrifying poem was inspired by contemporaneous astronomical theories of the sun's evolution and by a scene in Dante's Inferno. My six-minute setting is in ABABABA form. In the A sections, the voice and bass mingle in the middle register.
Each time the voice states the entire poem and follows ordinary speech prosody, the first time in a literal iambic setting, the second and third times in stylized renditions of Richard Burton's and Robert Frost's readings, respectively, and the fourth time in imitation of an anonymous reading that I found on the internet.
In the B sections, the voice desperately utters syllabic fragments against an inexorable bass line. The voice and bass fan out progressively, until, by the final B section, the bass is at the bottom of its register and the voice at its top (a "Queen of the Night" high F). These registral extremes embody the opposition of fire and ice.
Fred Lerdahl

for orchestra and chamber music

The composer Fred Lerdahl studied at Lawrence University, Princeton and Tanglewood.
He taught at the University of California (Berkeley), Harvard and Michigan, and since 1991 at Columbia University, where he is the "Fritz Reiner Professor" of the Department of Music.

He received several awards for his music, including the Koussevitzky Composition Prize, awards from the American Academy of Arts and Letters, a grant from Guggenheim Fellowship.

Commissions are passed from the Fromm Foundation, the Koussevitzky Foundation, the Spoleto Festival, National Endowment for the Arts, the Chamber Music Society of Lincoln Center, the Library of Congress, and others.

Lerdahl is also recognized as a music theorist. He has written two books, A Generative Theory of Tonal Music (with the linguist Ray Jackendoff) and Tonal Pitch Space, in which, for each of them, listening to music appears as a model of perspective in the field of cognitive science.


The title refers to a form of technique, my invention in which a small simple idea gradually develops varied and complex models, each developing cycle expanding the spiral. Halfway between each movement, the cycle reverses and contracts back to its point of origin, while the musical ideas continue to grow.