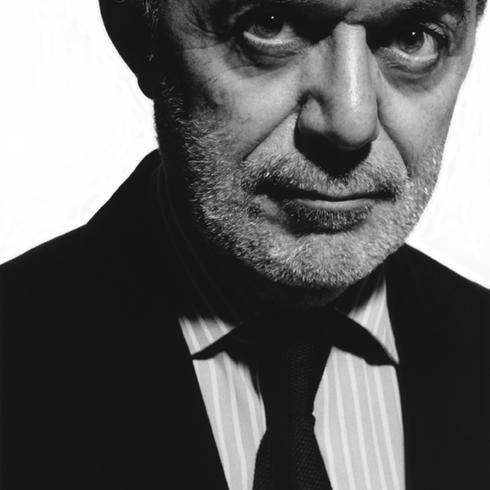 Born in 1953, Pierre Assouline is a writer and journalist. Alongside his work as a columnist for Le Monde des Livres and L'Histoire and a critic for the Literary Magazine he teaches at Sciences Po for ten years. His blog, La Republique des Livres, which he founded in 2004, is one of the most consulted in current literature. In 2007, he received the Prize of the French language.

L'épuration des intellectuels, published in 1996, discusses the trials of journalists and French writers of the 1940's (Robert Brasillach, Charles Maurras, Jean-Herold Paquis, Georges Suarez, Henri Beraud, Jean Luchaire, etc.). and the question of the of the intellectuals responsability faced with the consequences of their writings.

Released in 1997, Le dernier des Camodo "from the Spanish Inquisition to the Nazi genocide passing through the ghetto of Venice and the Palace of Constantinople, is not only a historical narrative tracing the epic of the great sephardic lords. It is also a meditation on the loneliness of a man abandoned by his wife, inconsolable at the death of his son, who devoted his life and fortune to rebuilding an aristocratic eighteenth century residence in the heart of the Monceau plain, leaving France, the most striking evidence of a lost world and still passing his name to posterity." (Introduction by the editor)

With Le fleuve Combelle (1997), Pierre Assouline tells us : "I dreamed of a cross-portrait, not of a biography. Especially not a biography. A sort of quest in the absence of a proper investigation. A fifteen year long conversation, it was well worth it. I do not know what I have been able to make, but I know what he gave me. Too bad if some people only see a disturbed and perversr game between a Jew and a collaborator. Too bad for them: I was not a good Jew."

He then discusses the episode in collaboration with La cliente(1998), in which 'continuing research on the life of a writer, a biographer stumbled upon thousands of letters of denunciation. [...] We can say everything, but can you hear everything? Meditation on the banality of evil, this story is that of an obsessive person,so desirous to understand that it nearly made him fall through the looking glass." (Introduction by the editor)

Double vie (2002) Pierre Assouline speaks of the role of technology in contemporary society, he deals with this theme again in 2008 with Brèves de blog. The new age of conversation, which includes 600 comments from the Internet.

Etat limite (2003) features a "professional genealogist, François-Marie Samson who has just discovered one of the most beautiful family trees that can be imagined: that of the Chemillé dynasty, perfect example of the old French nobility. Invited to the big family reunion organized for the presentation of his work, he discovered the inside of a world that he did not know : the aristocracy, and observed with a boundless curiosity all the elements that make its greatness."
(Presentation by the publisher)

In 2005, Pierre Assouline publishes Lutetia (2005 - Maison de la Press Prize ) which tells a love story between the detective of Lutetia and a childhood friend, but also a history of France from 1938 to 1945 through the history of the Hotel Lutetia, which, during the occupation, served as the headquarters for the German secret services and then at the Liberation, as a reception area of deportees and repatriated.

In Le Portrait (2007), "Pierre Assouline loves investigating, unearthing bones, telling stories. This, if one is keen is how to make a novel. What is the best way to proceed ? Assouline did not go by halves: there is a beautiful portrait by Ingres, in 1845, of the Baroness Betty, herself daughter of a Baron de Rothschild. Assouline lends blood to the veins, a heart to beat, the words to memory - and that's it." (Francois Nourissier, Le Magazine Littéraire, October 2007)

Les Invités (2009), "Pierre Assouline treats us, in every sense of the term with a comedy of manners in which during the time of a meal the guests show us in the distorting mirror of others that we discover ourselves." (Franz-Olivier Giesbert, Le Point, April 16, 2009)

Vies de Job (Gallimard, 2011), he focuses on "a biblical character, who probably never existed, but who is credited with the book that bears his name. A terrible text, an absolute universality, according to Assouline,because it is about scandal and suffering, and even more so striking the righteous. A book which for the believer, asks nothing less than the issue of a coexistence between evil and God and the mystery of theodicy (the Greek theological dike: divine justice)." (Bernard Loupias, Le Nouvel Observateur, 20 January 2011)