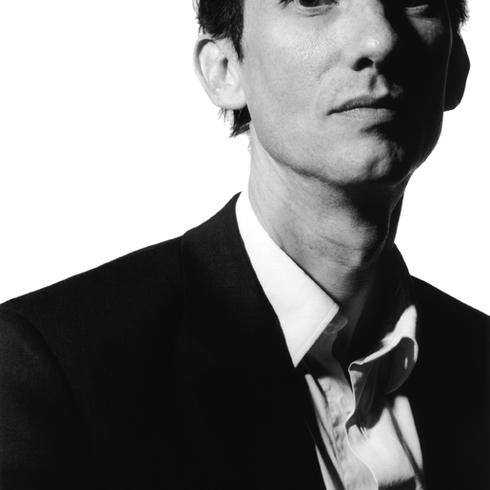 David Thomas is forty-three years old and lives in Paris. Having been a journalist for fifteen years, he is now a playwright and screenwriter. He is the author of Tais-toi et parle-moi, played at the Manufacture des Abbesses. He has worked with Agathe Teyssier for the script of his first feature film, La Femme Invisible starring Julie Depardieu and Charlotte Rampling, released in February 2009.

La patience des buffles sous la pluie was prefaced by Jean-Paul Dubois, motivated by the sense of observation and melancholic humor of David Thomas in which he is recognized.

"A succession of men and women's voices of all ages. A handbook of everyday or dramatic life, these 73 texts are small sketches of common people who struggle with their doubts, their beliefs, their flaws, their strengths and pettiness. In each of these Polaroids, the characters speak their own language. Some with familiarity, others with restraint, or naivety, bad faith or elegance. It's sometimes funny, sometimes less. There is much talk of love, disenchantment, boredom or happiness of married life, but these trivial moments of life reveal as much as the major events. The joys alongside the pain, truth straightens out appearances, we lie or engage ourselves shamelessly as you would to a stranger of relentless of his judgement. We tell a lie to soften the truth, we cry out the truth,
we get angry, in short, we just try to stay alive. And, this as much in laughter and as in bitterness." (Introduction by the editor)

You have never been able to name it but you got used to it. You owe your sleepless nights to it and you end up accepting the difficulty of having a peaceful night sleep, like getting used to the bad habits of the woman you love. If your good judjement escapes you, you don't even ask yourself why, you know that your sadness will fade. Without struggling you feel that sooner or later, your energy and courage will succeed in having the upper hand.

You are strong. It is said that you are strong, you have an exceptional ability to accept. You hang up your smile. You do not complain. You keep your weaknesses for yourself. Yes, you are well. Always. You know that only the most militant fully realize, that happiness is built slowly, and you are convinced you are building it up. You are on track.

You are sure of yourself, you do not doubt your plans. It is a matter of time. You know better than anyone the meaning of patience. You do not mind your pain because you are unaware of its power."