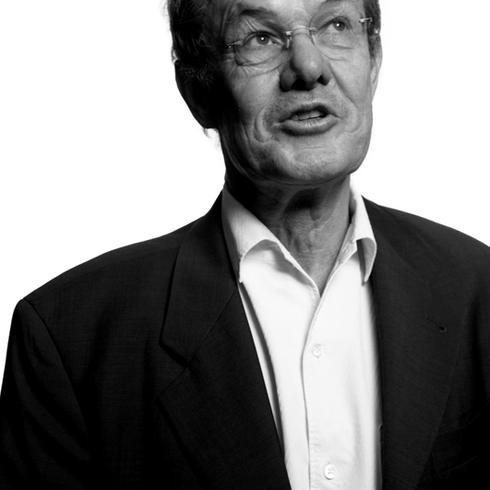 Born in 1944, Jean-Paul Kauffmann was a journalist with Agence France-Presse then the Matin de Paris as from 1977, before becoming a great reporter See L 'evénement du Jeudi. He was kidnapped in Beirut in 1985 and released three years later thanks to the intervention of Jean-Charles Marchiani. In 2002, Jean-Paul Kauffmann received the Paul Morand Literary Prize awarded by the French Academy.

In 1993, L'Arche de Kerguelen: voyages aux îles de la désolation (1993 - Prize of the press) Kauffmann attempts to discover "the hidden meaning of this australe France, so often dammed These so-called Desolation Islands, where it is windy, are said to be the most remote point of the globe." (Note from the author)

Travel story and investigation of the last days of the Emperor [La chambre noire de Longwood: le voyage à Sainte-Hélène (1997 - Prix Femina trial, the Prix Roger Nimier, the Grand Prix RTL-Read, the Jules Verne and the Prix Joseph Kessel)] aptly describes the captivity and 'confinement. [...] A meditation on the historical melancholy, which testifies that Napoleon was indeed poisoned. By nostalgia of his glory and regret of his past." (Introduction by the editor)

" at the end of his life Delacroix represented La Lutte de Jacob avec L'Ange [...] This painting decorates the wall of the chapel of the Holy Angels in St. Sulpice. [...] Jean-Paul Kauffmann investigated this painting and the church, focusing especially in exploring the hidden side [...]. La Lutte avec l'Ange is a book about the origin, trace, Evil. Every man one day fatally fights with the angel. But how to identify the moment of truth?" (Introduction by the editor)

In 31, allées Damour: Raymond Guerin, 1905-1955 , published in 2004, Kauffmann traces the career of this' unclassifiable writer, victim of the biggest mistakes of literature after the war, Raymond Guérin [...] remains misunderstood by his obsession to say everything [...]. Prisoner in Germany, refractory non-commissioned officer, he misses the Goncourt in 1941. From this captivity that broke him, he returned with a dark irremediable book Les Pouples , a masterpiece of derision written in a language whose depth of originality has not yet been measured." (Introduction by the editor)

All these books have a common theme: confinement and solitude, but never bring up directly his experience as a hostage . It was not until 2007 in La maison du retour that he evokes his captivity. "Jean-Paul Kauffmann took refuge in the Landes and made his exile a k ingdom ... A few months after his freedom [he] still choses to shut himself in a house, mostly alone,where he is at the same time the architect, the guardian, the gardener, the oblate and the conditional recluse. Une prison à ciel ouvert." (Jerome Garcin, Le Nouvel Observateur, February 15, 2007)

Distinguished wine lover, Kauffmann has published several books on the Bordelais wines : Voyage à Bordeaux (1989); Le Bordeaux retrouvé (1989) and La morale d'Yquem: entretiens avec Alexandre de Lur (1999) who speaks for the first time in history about the morality and magic of Yquem, a domaine south of Bordeaux, produced the greatest sweet wines in the world.

Courlande (April 2009), "Long occupied by the Soviets, off limits until 1991, this land bounded by the borders of the Baltic Sea emerges intact today with its endless skies, forests, deserted beaches and ruined castles once owned by the Baltic barons, descendants of the Teutonic Knights . Continuing an ancient love story, Jean-Paul Kauffmann succumbed to the attraction of this other place, the last lock between the Slavic and Germanic world. It is also about retracing a young girl from Courlande, a grave finder, of a French monarch ... Also to find a country, once a historical anomaly, today looking for his soul." (Introduction by the editor)

"Never has a trip been more frustrating to me, notes [the author]. Finally, I am going to miss everything . But in fact from this fiasco, rightly, a beautiful book appears, whose every word seems to have been picked with love. Because there will be a second journey, of which the author does not say a word, but which will be nourish the recital of first story. This alchemy is called literature." (Robert Solé, Le Monde des Livres, April 24, 2009)