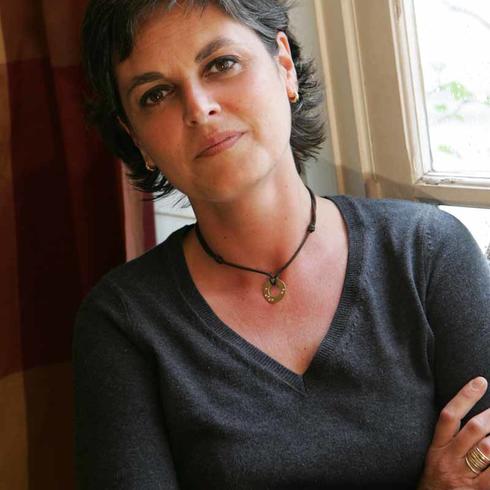 Her heart in Ariégeois but forever Parisien Anne Icart was born in 1968. She works as a legal editor.

"He is five years older than her, they sleep in the same room, their beds diagonal, he is her adored elder brother, her hero. Anne was just seven years old - l'âge de raison - when her mother told her that Philip was sick, that he would not be cured.She does not understand everything, she is too small, but she gets the essential, full blast: she understands that she will always have to watch over him. Never leave him alone.Love him more than the others. From that day on she will grow up her heart attached to her brother, son héros aux ailes brisées, mentally disabled because of a cesarean, undertaken too late during birth. Like ultrasensitive snapshots of their lives, the memories flow, mixing past and present, sometimes cruel and painful, more often tender and joyful, even funny. And with them extremely strong feelings, the wild desire to protect, shame, remorse, impotent rage, guilt, fear, difficulty to build one's own life, to love other men - but especially the love, this love that is stronger than others. Personne ne peut imaginer comme je suis nouée à toi ; même pas moi: this is what she is saying here, from their childhood in the 1970s to today, when tout va bien, because the regret of what could have been has left the way for the acceptance of what really is. Driven by vivid writing, the emotion takes you from the first pages and takes you in one go to the last line of this story as strong as short: this is rare.(Introduction by the editor)