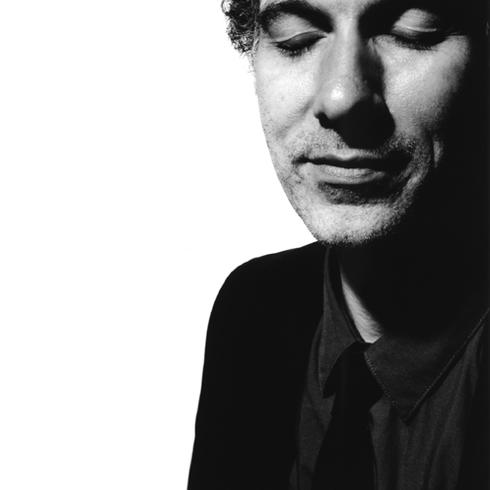 Born of Italian parents in 1965, Fabio Viscogliosi lives in France. He is a musician and designer.

" Je suis pour tout ce qui aide à traverser la nuit a multi-faceted story, a kaleidoscope, with small touches, portrays a man of forty years old living in France, the son of Italian immigrants, child of rock as much as Magritte or Laurel and Hardy. In the large sensitive catalog which is his recital a series of texts with intriguing titles - Fabio Viscogliosi fondly recalls those with whom he has always been speaking and who allow him to question the world .Did you know that Picasso admired the fragility of Bats? That Buster Keaton wore shoes much larger than his feet? Georges Simenon was dreaming of a beautiful bright red container to collect his ashes? Frank Sinatra, Bob Dylan, Eddie Cochran, or Alfred Hitchcock ... so many illustrious men who also invite themselves into the author's world, only passing but dropping their dense mysteries, or the singularity of their ways and their questions. [...] Questioning the absurd, the strength of relationship, the nature of happiness, the story of Fabio Viscogliosi is made of little things of everyday life, revealing fine details, always showing behind the scenes. And so the reader takes a central place in this text, because Je suis pour tout ce qui aide à traverser la nuit speaks about himself with the right words, a delicate style and full of pudeur of his own life of his days and his nights." (Introduction by the editor)

" Le bonheur ne produit pas d'histoires. "That's what would once have said the filmmaker Michelangelo Antonioni. I remember discovering the final sentence in the middle of a special issue of the newspaper Le Monde published on the occasion of his death. I reread it several times, hopping from one foot to another. From the outset, I did not like the idea. Planted in the middle of my living room - it was very early in the afternoon, through the windows I could see the lights hitting the nearby buildings and, further on, reducing the city to a miniature, with the little shining tower of the airport and beyond even the entire chain of the Alps dominated by the old scoundrel of Mont Blanc - I was forced to recognize that from a certain point of view, Michelangelo was not wrong. Mentally, I replayed the pictures of his films, the ones I could remember: Monica Vitti wandering the small island of stones, while a U.S. house explodes in slow motion, a dead body lying under the bushes in a park in London and another guy who drowned at the wheel of a stolen car, that of Alain Delon trying in vain to snatch a kiss from Monica Vitti, who escapes back into the streets of Rome, and so on. I felt the triumphant look of Michelangelo upon me. For a long time, the pictures are linked by an exquisite corpse that could be extended to all creation. Happiness does not produce stories, perhaps, have I said. And so the stories?

In January 2011, Fabio Viscogliosi published Ma vie de garçon (Attila), which "explores a universe filled with questions about the world at night, the unknown, women ... Candles, magnets, donkeys, ropes, pipes, eyes ... forms are repeated, which explains the sometimes strange sense of déjà vu: the world of Fabio Viscogliosi, a surreal texture, thick and radiant, flowing slowly. It's as funny as Groucho Marx. As strange as Max Ernst. Explorer, such as Giuseppe Ungaretti." (Introduction by the editor)