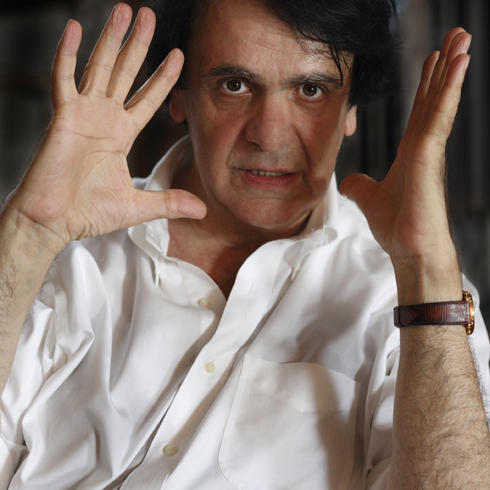 In 1974 Fabio Vacchi took part in the Berkshire Music Center courses in Tanglewood (USA), where he won the Koussewitzky Prize for composition. In 1976 he won first prize at the Gaudeamus competition in Holland for his Les soupirs de Geneviève for 11 solo strings.

He has written a number of operas including: Girotondo, after Schnitzler (1982, Maggio Musicale, Florence); La Station thermale, commissioned by the Opéra de Lyon (1993, with revivals in 1994 and 1995) and later staged at La Scala in Milan (1995) and at the Opéra Comique in Paris; Les oiseaux de passage, produced at the Opéra de Lyon in 1998 and revived in October 2001 at the Teatro Comunale in Bologna; Il letto della storia, an opera co-produced by the Maggio Musicale, the Teatro Carlo Felice in Genoa and the Nuovo Auditorium in Rome, staged in Florence in 2003 and subsequently awarded the 2004 Abbiati prize for best new work; the three-act opera Teneke, staged by Ermanno Olmi at La Scala in Milan (2007), with scenes and costumes by Arnaldo Pomodoro; Lo stesso mare (The Same Sea), based on a novel of the same name by Amos Oz and performed at Teatro Petruzzelli in Bari in 2011. His last opera Lo specchio magico, a commission of Maggio Musicale, was premiered on May 7, 2016 at Opera di Firenze.

In March 2020, Roberto Bolle, along with the dance company, chorus and orchestra of La Scala, will be performing Madina, a dance-theater piece commissioned by La Scala. A couple months down the road, Maggio Musicale Fiorentino presents the world premiere of the opera Jeanne Dark, with book by Stefano Jacini.

Among his countless instrumental works the following are particularly deserving of mention: Luoghi Immaginari (1987-1992), a cycle of chamber pieces that has been given innumerable performances throughout the world, including one conducted by Daniel Harding at the Salzburg Mozarteum; the cantata Sacer Sanctus (1997) for chorus and instruments, a work commissioned by La Scala (where it was performed at Easter in 1997) and subsequently revived at the Ravenna Festival in 1998, at the Festival Présence in Paris in 2002 and at the Accademia di Santa Cecilia in Rome in 2003; Dai Calanchi di Sabbiuno, a chamber work composed for a concert to commemorate the 50th anniversary of the Italian Resistance and first performed at La Scala in 1995. In 1997, on the invitation of Claudio Abbado, Vacchi transcribed this piece for large orchestra to be performed as part of the programme for the 1997 Easter tour of the Gustav Mahler Jugendorchester, in the course of which it was performed in Salzburg, Budapest, Prague, Vienna, Sarajevo and Graz as well as other important venues in Europe and the United States. Moreover, in Aix-en-provence 2014, the Orchestre de Paris conducted by Paavo Järvi programmed it in the concerto devoted to the great director Patrice Chéreau. Briefe Büchners, a work for voice and instruments, commissioned by Claudio Abbado, performed at the Berlin Philharmonie and included in the cycle dedicated to George Büchner, in collaboration with the 1997 Berliner Festwochen and the Canti di Benjaminovo, commissioned by the Boston Musica Viva Ensemble and performed in Boston in 2003. In the same year his Quartet no. 3, commissioned by the Tokyo Quartet, was performed on the quartet’s international tour. For this work the American web journal 'Concertonet' awarded the composer the Lully Award for the best new piece of the season. In 2011 Notte italiana (a piece commissioned by MITO SettembreMusica festival for the celebrations of the 150th anniversary of the Unity of Italy) was premiered in Milan by the London Sinfonietta, with David Atherton conducting.

So far as the composer’s orchestral works are concerned, the following warrant particular mention: Diario dello sdegno, commissioned by the Filarmonica della Scala and premiered by Riccardo Muti, who also included the piece in the programmes of the Filarmonica’s subsequent international tours; Terra comune, a work for large chorus and orchestra, commissioned by the Accademia di Santa Cecilia for the inaugural concert of the Great Hall of the New Auditorium in Rome (December 2002), with Myung-Whun Chung conducting; and Voci di Notte, for orchestra, performed at the opening concert of the 2006 Maggio Musicale Fiorentino festival, with Zubin Mehta conducting. In the same year the Salzburg Festival presented La giusta armonia for reciting voice and orchestra, with the Wiener Philharmoniker conducted by Riccardo Muti. Mare che fiumi accoglie was premiered in 2007 by the Orchestra Sinfonica di Santa Cecilia, with Antonio Pappano conducting. Prospero, o dell’Armonia, commissioned by the Filarmonica della Scala, was premiered by Riccardo Chailly in Milan in 2009. Chailly also conducted the first performances of Tagebuch der Empörung (2011), and Der Walddämon (2015) with the Leipzig Gewandhaus Orchestra, commissioner of both the pieces. Vencidos (2016) for baritone and orchestra was commissioned by Festival Internacional Cervantino (Mexico). In the same year, the Teatro Petruzzelli Foundation commissioned Fabio Vacchi’s Concerto for Violin and in 2018 the Concerto for Cello (being Vacchi the foundation’s resident composer). 2018 also saw the premiere of Vacchi’s melologue Eternapoli, for actors, mixed chorus and large orchestra, featuring the voice of narrator Toni Servillo, at Teatro San Carlo in Naples.

In 2002 Vacchi’s music for Ermanno Olmi’s film “Il mestiere delle armi” was awarded the Davide di Donatello prize for the best film soundtrack. The piece for soprano and string orchestra In pace, in canto was written in the summer of 2003 to be included in the soundtrack of “Cantando dietro i paraventi”, another film by Olmi. In 2005 he wrote the soundtrack for Patrice Chéreau’s film “Gabrielle” (winning the soundtrack prize of the Ente dello Spettacolo) and for Olmi’s “I cento chiodi”. In March 2007 the Carlo Colla marionette company staged Shakespeare’s “Macbeth” in Chicago and New York (Broadway) with the composer’s incidental music.

Fabio Vacchi regularly holds master classes in composition. Since 2004 he has also been an acting member of the Accademia Nazionale di Santa Cecilia.

In January 2018 he received an honorary degree from the Brera Academy in Milano.

Concerto for Cello contains just two sections, seamlessly connected. In terms of classical, the first section, Inquieto moderato, presents two strongly contrasting ideas. One is expressive and lyrical, the other is very quick and rhythmic. The uniform framework, which is true to my structuralist roots, is maintained [...] thanks to uninterrupted metronomic variations. [...] The second section, Presto, features ethnic material from the Serbian-Albanian tradition and the single-string gusle, which gradually becomes modified until it is metabolized in my writing. The second section is also marked by metronomic instability that produces continuous mutations. Special thanks go out to ethnomusicologist Nicola Scaldaferri for his help there. [...]

I’ve always been in love with the cello. I find it to be a sensual, soft, profound instrument. Knowing it would be in the hands and mind of such an excellent player as Enrico Dindo, accompanied by an orchestra I really love, gave me complete freedom and the confidence to stay in touch with the rigor of my background and the need to convey emotions, sensations, affection, thoughts, associations.

My perspective has always been nourished by ethnic music. Most times, its influence is underlying, flowing deeply beneath the surface. But other times, as in the case of Concerto for Cello, it is brought more explicitly to the surface. In composing it, I felt a very strong calling from the earth and its voices. Because being open to cultural diversities without losing sight of your own specificity, your own roots, is the real challenge that can lead us out of the impasse that has proved so daunting today, in a world torn between the fear of losing one’s identity and the desire to accept, include, break out and mix things up. The laborious attainment and recognition of a turning point is not the fruit of static compromise. It is the result of the dynamic kind of compromise I learned from Amos Oz when we worked on Lo stesso mare (The Same Sea) for its premiere in Bari in 2011.