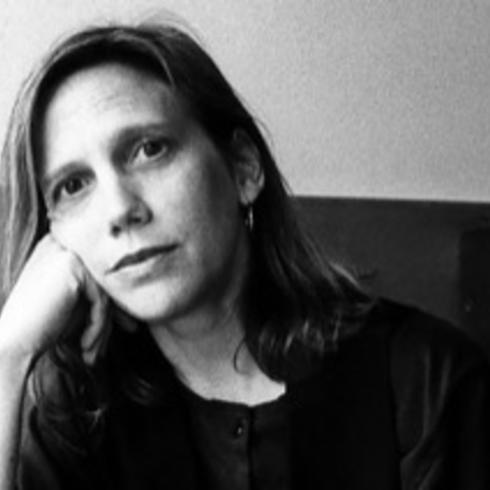 My compositions are acoustic instrumental works, often slow and quiet in nature, sometimes described as introspective, and always based in explorations of colour, harmony, and texture as well as something I might call mood, or atmosphere. My pieces are intended to be subtle, focused more on the small change or transformation rather than the large, dramatic statement. They do however have their own sense of an unfolding narrative, and are not without drama, though it is a drama of an interior, quiet kind.

Linda Catlin Smith was born in New York, and lives in Toronto. She began her composition studies in high school in NY, with composer Allen Shawn, and continued her music study at SUNY Stony Brook. In 1977, she traveled to Canada to study composition and theory with composers Rudolf Komorous, Martin Bartlett, John Celona, Michael Longton and Jo Kondo at the University of Victoria in British Columbia. As a performer, she studied piano with Nurit Tilles and Gilbert Kalish at SUNY/Stony Brook, and with Kathleen Solose in Victoria, where she also studied harpsichord with Erich Schwandt. She moved to Toronto in 1981, where she co-presented, with painter Anna-Marie Cobbold, a new music series at Mercer Union Gallery. In 1986, she was invited by Morton Feldman to attend his lectures, as a guest, at SUNY/Buffalo, NY.

Many of her compositions were supported by commissions through the Canada Council for the Arts, the Ontario Arts Council, the Toronto Arts Council and the Laidlaw Foundation. In addition, she was awarded several individual artist grants from the Canada Council. Her work Garland, for Tafelmusik, was awarded the Jules Léger prize in 2005. In 1997, she received the Hunter Foundation Award for Emerging Artists, and in 2003 a Chalmers Fellowship. She has created several of her works while in residence at the Leighton Studios of the Banff Centre for the Arts. In addition to her work as an independent composer, she was Artistic Director of Arraymusic, one of Toronto's major contemporary music ensembles, from 1988 to 1993. She was a founding member of the multidisciplinary performance collective, Urge, (1992-2006). She has taught composition at Wilfrid Laurier University (1999-2020) and continues to teach privately.

It was a tremendous honour for me to have been asked to compose a new work for the BBC Proms, and to have had the chance to work with Ilan Volkov and the BBC Scottish Symphony Orchestra. In composing this work, I wanted to explore the idea of layering, of thickness and thinness, something the orchestral form lends itself to so beautifully. I love the subtleties and gradations of the undertones in painting, for instance, where different colours are superimposed, generating an overall hue or atmosphere. The title Nuages (clouds) refers to the orchestral images that were in my mind during the creation of the piece: the veiled haze of strings, the tangled thicket of woodwinds, the soft fog of percussion.

I was interested in a quiet lushness, as in the weaving of light and shade in an overgrown garden; occasionally the work completely thins out, like a clearing in the surroundings, a pause in thought. Above all, I felt I was working with clouds of harmony, through which an occasional melody sometimes appears.