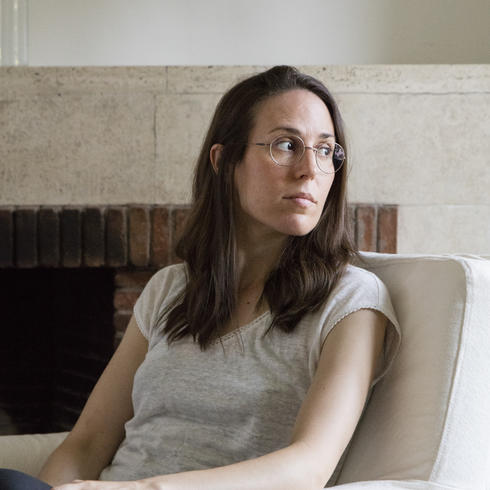 Clara Iannotta is an Italian composer and curator based in Berlin.

Iannotta has been a fellow of the Berliner Künstlerprogramm des DAAD in 2013, Villa Médicis (Académie de France à Rome) in 2018–19, and the recipient of several prizes including the Ernst von Siemens Composers’ Prize and Hindemith-Preis 2018, Una Vita nella Musica (Giovani) 2019, Bestenliste 2/2016 and 4/2020 der deutschen Schallplattenkritik (German Record Critics’ Award) for her two portrait albums A Failed Entertainment, and Earthing.

Her music is published by Edition Peters.

Eclipse Plumage was written for and first performed by Daniel Walden and Ensemble Oerknal in September 4, 2019 during the Gaudeamus Muziekweek.

It’s my first piece using the Antimachine, an instrument created in collaboration with Jan Bernstein and Mickey van Olst, that generates magnetic fields around the strings of the piano (or any instrument with metal string) — in the last 5′ minutes of the piece you can really listen to the machine, as there’s no electronics, just piano and a few percussion instruments.