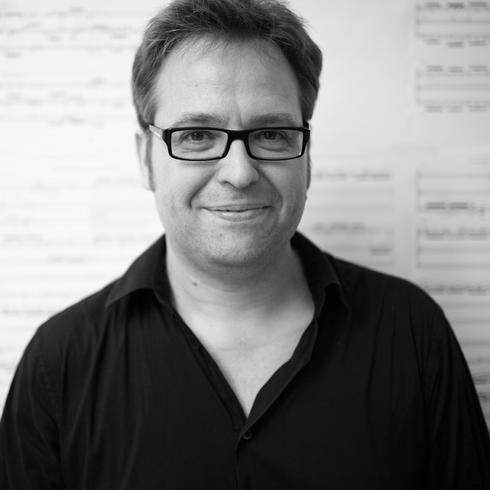 After studying piano with Gernot Sieber at the Richard Strauss Conservatorium Munich [de] he enrolled at the Musikhochschule Dresden, where he studied composition with Wilfried Krätzschmar and piano with Arkadi Zenzipér. In 1995/96 he was a pupil of Gérard Grisey and Emmanuel Nunes at the Conservatoire de Paris (CNSMDP), after which he completed his training with Hartmut Fladt and Jörg Mainka (theory) and with Friedrich Goldmann, Gösta Neuwirth, and Hanspeter Kyburz at the Universität der Künste Berlin. In 1999/2000 he attended a post-graduate course in composition and new technologies at IRCAM in Paris.

His awards include the Hanns Eisler Composition Prize (2001), the Stuttgart Composition Prize (2003), and the International Rostrum of Composers (for Terzenseele, 2006). In 2008 he was awarded the Förderpreis Musik (of the Kunstpreis Berlin) and a scholarship to the Villa Massimo in Rome. In 2010 he received the Ernst von Siemens Composers' Prize.

His first opera, Wasser, with words by Nico Bleutge, received its world premiere at the 2012 Munich Biennale in a co-production with Oper Frankfurt. An excerpt from it was performed at the 2011 Wittener Tage für neue Kammermusik, with soprano Claron McFadden and tenor Sebastian Hübner, and the Ensemble Modern, led by Johannes Kalitzke. His second opera, Der Mieter, premiered in 2017 at the Opera Frankfurt, directed by Johannes Erath and conducted by Kazushi Ono.

Because of the current housing shortage, Georg is pleased to have found a flat. The previous tenant died by throwing herself out the window.

Yet, Georg’s neighbours began interfering in his life and habits as soon as he moved in. At first, they simply complained about alleged noise (knocking on the door, advising him to wear slippers). Then, Georg had to participate in the expulsion of neighbours. All these events took place in a growing climate of fear, intimidation and, what weighs most, Georg’s gradual self-limitation and previous submission. Since he cannot afford to lose his dwelling, his radius of action and movement keeps on shrinking. The (vital) space around him literally shrivels. But it is never clear whether this is a real threat or exists only in his mind, like a mounting paranoia. Thus, Georg is driven towards total loss of his identity: he gradually develops the idea that he is being forced to suffer the same fate as the flat’s previous tenant. In the end, Georg must become one with the previous tenant. Thus, not only does he lose his identity as Georg, he also switches from being a man to being a woman, after which he, too, commits suicide.

Der Mieter is an opera loosely based on the themes addressed in Roland Topor’s novel Le locataire chimérique, which inspired Roman Polanski’s film The Tenant.