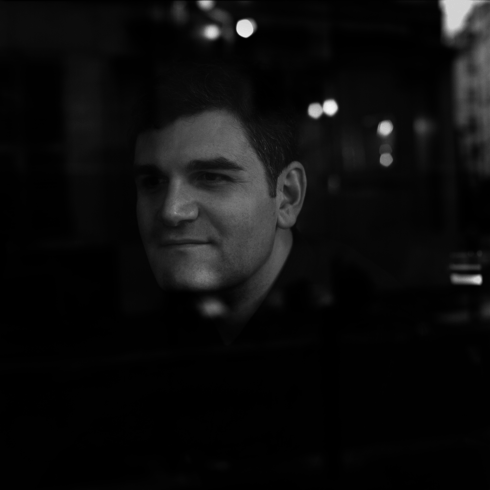 Franck Bedrossian’s music, beyond its immediate physical impact, deploys dramatic intensity with force and refinement. His invention of sonic matter and the expressive density of his composition give rise to a musical form rich in ambiguities and acoustic illusions.

After studying composition, orchestration and analysis at the CNR in Paris, he worked on composition with Allain Gaussin and attended the ParisNational Conservatoryin Gérard Grisey, then Marco Stroppa’s classes. In 2001/02, he followed the IRCAM Composition and Electronic Music curriculum and studied with Philippe Leroux, Brian Ferneyhough, Tristan Murail and Philippe Manoury. At the same time, he completed his training with Helmut Lachenmann at the Centre Acanthes in 1999 and the Internationale Ensemble Modern Akademie in 2004.

In 2001, he received a grant from the Meyer Foundation, Bleustein-Blanchet Foundation for Vocation and, in 2004, theHervé Dugardin prize from SACEM. The Institut de France (Académie des Beaux-Arts) granted him the Pierre Cardin Prize for Musical Composition in 2005. He also received the Young Composer’s prize from SACEM in 2007. In 2012 at the Donaueschinger Musiktage, Franck Bedrossian was awarded the SWR Prize for an orchestral work for his piece Itself. He spent three years at Villa Medici (2006-2008), and was named Chevalier in L’Ordre des Arts et des Lettres in 2011. He taught musical composition at the University of California Berkeley from 2008 to 2019, then at Kunstuniversität Graz from 2020. His works are published by Éditions Billaudot, Verlag Neue Musik and Maison ONA.

The form of this piece — musical meditation for poetic silence — is freely inspired by the meeting of divergent trajectories, one moving towards effacement, the other towards light.

The first corresponds to the travels of Arthur Rimbaud after 1875, throughout Europe, then Africa (Hamburg, Milan, Cyprus, Stockholm, Aden, Harare, etc) after having definitively stopped writing poetry, until his death in Marseille in 1891.

The contrasting character of the musical episodes coincides with that of the different places he visited, while the instrumental space, articulations, recurrence of certain situations have been deduced from these eventful explorations.

The second, more secretive, trajectory is linked to the progressive recognition of this poetic work. It began in his lifetime, starting in 1881, and developed unbeknownst to him, when Paul Verlaine gathered several of his former companion’s manuscripts to publish them.

Thus, several poems from Rimbaud’s Illuminationsappear as phantoms, emerging from sonic matter to become intelligible words — and the body of poetry retrieves its true body.