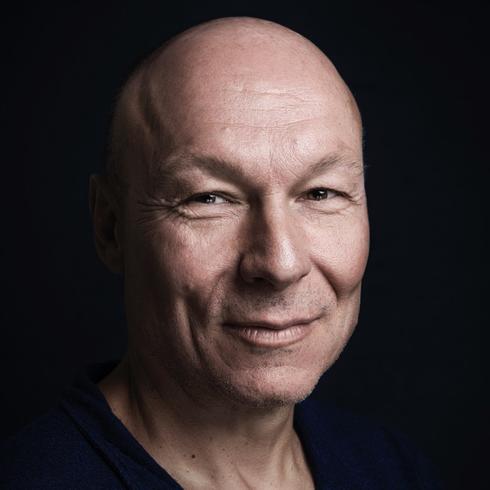 Dieter Ammann grew up in a very musical family. He began his musical studies at the Akademie für Schul und Kirchenmusik in Lucerne. At the same time, he studied for several semesters at the Swiss Jazz School in Bern. After this, he worked for a period as a musician in improvised music and jazz. He has performed at international festivals including Cologne, Willisau, Antwerp and Lugano. Recordings and studio sessions brought him into contact with diverse artists such as Eddie Harris and Udo Lindenberg. He then took a degree in theory and composition at the Musikakademie Basel, and attended master classes with Wolfgang Rihm and Witold Lutoslawski.

In the 1990s the main focus of Ammann’s work changed to composition. He has received numerous national and international prizes for his orchestral and chamber music works (including from the Aargauer Kuratorium, the main prize in the International Composition Competition of the IBLA Foundation, New York, the Franz Liszt Scholarship awarded by the European Capital of Culture Weimar, first prize in the Young Composers in Europe Competition Leipzig, and Composers’ Prize for Composition from the Ernst von Siemens Music Foundation, Munich, 2008). In 2010 he was composer-in-residence at the Lucerne Festival, and in 2013 at the Wittener Tage für neue Kammermusik and the Sommerliche Musiktage Hitzacker as well as 2015 at the Festival reMusic in St. Petersburg. His orchestral works have been conducted by Pierre Boulez, Valery Gergiev, Jonathan Nott, Peter Rundel, Peter Hirsch and Jürg Henneberger. Ammann is Professor of Theory and Composition at the Lucerne School of Music and a lecturer at the Bern University of the Arts.

The long genesis of the piano concerto is tightly connected to the soloist, Andreas Haefliger. When we first met years ago we instantly realized that our chemistry was right. One day Andreas suggested that I should write a piano concerto for him. This proposal did not delight me in the beginning since I knew that it would take me not only months but years to work on this piece. This premonition was based on two reasons. My scrupulous, perfectionist way of working is mainly responsible for the fact that even the creation of a chamber music piece can take up to two years. The resulting music is densely woven, highly energetic, and very often accompanied by high tempos.

I was fully aware that the working duration of a concerto for piano, which itself is a small orchestra, and large orchestra would be protracted further. When I began my work on glut, a piece for orchestra, in 2014, I seemed to have subconsciously accepted Andreas's challenge already because I decided to integrate the piano as an orchestral instrument. These experiences were a further important step toward the piano concerto, which I started working on in the end of 2016.

The piece starts with a solitary, pulsing single tone which rapidly causes reactions by the orchestra. lt is obvious that the orchestra is not just a mere passive accompaniment, but it rather meets the soloist at eye level. The interplay between the two congenial partners creates a dramaturgically gripping progression with many surprising twists and turns. As a listener l like to be thrown into a variety of different musical conditions and to be thrilled by the music. As a composer, I condense every "tonal vision" with the result that they can potentially become carriers of high energy. This high level of density within the piano's and the orchestra's parts and furthermore the close interlocking of the two parties require great virtuosity of all participants. During the musical drama the soloist can even be swallowed by the orchestra and might be turned into a cog in the big "orchestra machine." The piano enters various partnerships with varying instrumental groups, for example when the piano merges with marimba and vibraphone to form a single instrument.

Due to its driving behavior the piano sometimes turns into some type of percussion and shows its rhythmic virtuosity through percussive figures (hence the subtitle). At times the music also comes to a rest and draws breath in static or inwardly iridescent moments, just to continue its path with new strength. The harmony also offers a wide range, in which the orchestra can unfold its full colorfulness. There are bright, consonant chords, but also hard sound clusters up to noisy sounds, whereby the tempered tuning meets microtonality.

Towards the end of the musical journey the soloist, in a moment of inner contemplation, cites a quiet, chorale-like theme from my very first composition.

But-as always in arts-the effect and the piece's message lie between the notes and beyond words. The listeners are invited to discover these for themselves in a very personal, subjective way. Although the major part of the concerto was written during night sessions and sometimes until the morning dawned, the result is bright music, dedicated to people with an alert mind.