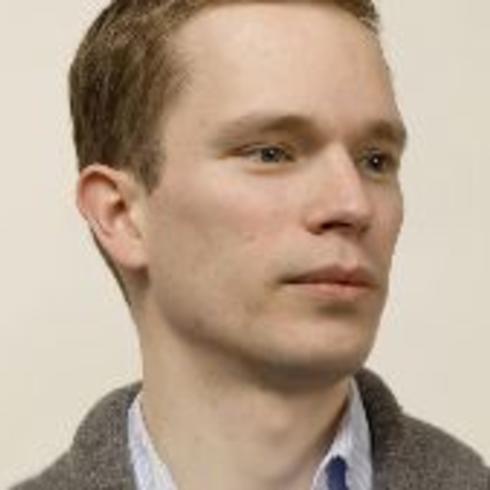 After spending his teenage years performing in the National Youth Orchestra of Great Britain and in ceilidh bands around Scotland, Martin Suckling studied music at Clare College Cambridge and King’s College London.  He was a Paul Mellon Fellow at Yale University from 2003-5, undertook doctoral research at the Royal Academy of Music, and subsequently became a Stipendiary Lecturer in Music at Somerville College, Oxford.  His teachers include George Benjamin, Robin Holloway, Paul Patterson, Martin Bresnick, Ezra Laderman, and Simon Bainbridge.  He has benefited from residencies at the Royal Shakespeare Company, Aldeburgh Festival, Aspen, and IRCAM, and has won numerous awards including the 2008 Royal Philharmonic Society Composition Prize and a Philip Leverhulme Prize.  He is Senior Lecturer in Composition at the University of York.

Martin Suckling has been championed by many leading orchestras and ensembles including the London Symphony Orchestra, Scottish Ensemble, Deutsches Symphonie-Orchester Berlin, and the London Contemporary Orchestra. His music has been performed at the Cheltenham Festival, Ultraschall (Berlin), and the 2007 ISCM World Music Days in Hong Kong. In 2011 Suckling’s critically acclaimed Candlebird for baritone and ensemble, to poems by Don Paterson, was premiered by Leigh Melrose and the London Sinfonietta.

From 2013-18 Martin Suckling was the Scottish Chamber Orchestra’s Associate Composer, a partnership which resulted in Six Speechless Songs (premiered by Robin Ticciati and later revived by Oliver Knussen), a concerto for pianist Tom Poster, and Meditation (after Donne) for chamber orchestra and electronics. Other orchestral works include Release, premiered at the 2013 Tectonics festival by Ilan Volkov and the BBC Scottish Symphony Orchestra, and The White Road, a flute concerto for Katherine Bryan and the Royal Scottish National Orchestra premiered in 2017.

Suckling also enjoys a close relationship with the Aurora Orchestra. A recent tour of Candlebird, conducted by Nicholas Collon, followed two commissions: Psalm for harp and spatialised ensembles premiered at the Royal Academy of Arts as part of Edmund de Waal’s ‘white’ project in 2015, and the String Quintet Emily’s Electrical Absence, the result of a collaboration with Poet in the City and Frances Leviston premiered in 2018. Other chamber works include Nocturne, a 2013 duo for violin and cello for Pekka Kuusisto and Peter Gregson, and a clarinet trio Visiones (after Goya) which premiered at the Aldeburgh Festival by Mark Simpson, Jean-Guihen Queyras and Tamara Stefanovich in 2015.

Martin Suckling’s last orchestral work, This Departing Landscape, was premiered by the BBC Philharmonic and Ryan Wigglesworth in March 2019. Other projects include a song cycle – setting Michael Donaghy – for Oxford Lieder in October 2019.

For orchestra and flute solo

I’ve wanted to write a concerto for Katherine for around twenty years now.  Which is to say, pretty much as long as I’ve known her.  RSNO audiences will be familiar with her glorious tone, thrilling virtuosity and magnetic charisma, and these qualities were already apparent in her playing when we met as teenagers. So, in one sense, I’ve had some time to think about this piece. That said, it’s one thing imagining as childhood friends, but when the chance comes to make it a reality it’s no small challenge to write something that lives up to two decades of daydreams.

One idea I knew I wanted to include was to have the solo flute backed by an army of string harmonics – an orchestra of virtual flutes – playing gleaming, resonant microtonal harmonies. I also wanted to focus on line and to write Katherine melodies throughout the piece that would give her the space to sing and be expressive. And so the piece began as a series of alternations between these two types of sound: the flute plays a melodic fragment and the orchestra responds with an increasingly lush microtonal chord.

This iterative process brought to my mind the ceramic art of Edmund de Waal, whose installations of porcelain vessels – sequences of groups of pots, usually of a single glaze, against a plain background – have extraordinary potency despite their economy of means. De Waal’s arrangements are almost rhythmic and seem to evoke patterns of inhalation and exhalation, aspects which resonated with me in the context of writing a flute concerto.

De Waal’s work is focused to the point of obsession, and obsession is one of the topics he addresses in his 2015 memoir-cum-travelogue-cum-history of porcelain, The White Road. This flute concerto is not a piece about porcelain, nor a musical evocation of the colour white, but it may be about obsession, and it certainly reflects my admiration for both Katherine’s playing and de Waal’s art. The idea of the music leading us along a road also appeals to me, with the solo flute’s repeated song-fragments being like a Pied-Piper to the orchestra’s Hamelin.

This ‘White Road’ travels through seven main landscapes. The first places flute melodies and string harmonics in an antiphonal relationship. The second, quiet throughout, sees the flautist and a group of eight solo strings exchange melodic phrases, backed by temple blocks.  The third is an almost violently passionate reworking of this music, solo flute alternating with furious woodwind alongside drums and metal percussion. Next, after a pause for breath, the flute dances around brass staccato pulses, each phrase ending on a held microtonal chord recalling the first section. There follows an intensely lyrical cello sextet caressed by waves of microtonal harmonics, with short flute cadenzas initiating each phrase. Finally an extended section of flute-song, marked ‘almost a lullaby’, floats atop continuous running figures in the wind and strings. This eventually leads to a short virtuoso conclusion, gruff brass chords launching the flute into the stratosphere.