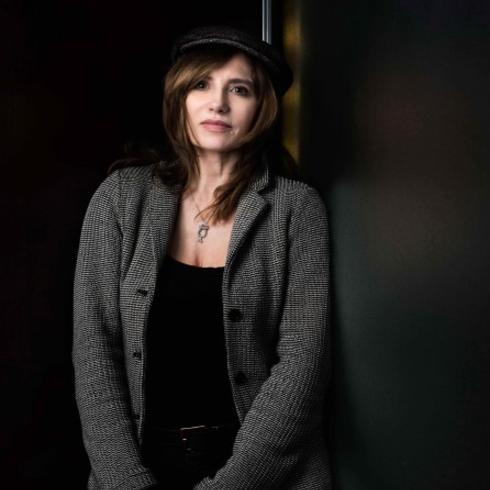 An emaciated body will more readily pass through the narrow gate of Paradise, a light body will resurrect more rapidly, and in the grave a wasted body will be preserved best.

Female anorexia is the starting point for a musical theatre project in which a group of female voices (the women’s professional chorus) representing female fasting saints and anorexics from all times appears onstage along with soloists and choruses. Around them, a group of male voices comments, condemns and speculates: they are hagiographers, doctors, priests, judges, family heads and theoreticians who sought in vain, over the centuries, to explain the causes of this phenomenon. In another place, a girls’ ensemble acts as a vocal source ex machina, a symbol of the dream of non-contamination and purity shared by the different protagonists. The amateur female chorus forms a musical and dramaturgical bridge between performers and spectators. This group shifts position in space, migrating from the audience to the stage while generating complex vocal effects. It represents the territories of conflict and atmospheric context of the various narratives.

Guido Barbieri’s libretto assembles documents, testimonials, oral accounts and transcriptions concerning anorexic women at various times and bringing several characters to life. The textual material for the men, analysing the extreme positions and declarations of the different women onstage, is a collage of diverse sources. The result is a sum of texts from a multitude of periods and places, each fragment preserving its original language, thereby creating a multilingual, multi-stylistic libretto.

The work is divided into six scenes, each presenting a virtual dialogue between a fasting woman and doctors, priests, observers, physicians and judges. The six scenes are followed by a choral finale featuring different figures.

In the first scene, Mollie Fancher (1848-1916) speaks English in the first person in counterpoint to Dr Charles West, Principal of the Brooklyn Heights Seminary, and Judge Abram H. Dailey.

In the second scene, Anna Garbero, born in Racconigi in the late 18th century, is described by the journalist Domenico Emanuele Govean, while two doctors, Professors Gallo and Rolando autopsy her.

In the third scene, set in France, Jeanne Féry (1559-1620) is accused of being possessed by the priest Pierre Debongnie, supported by the alienist Bourneville and Canon Mainsent.

In the fourth scene, Saint Mary Magdalene de’ Pazzi (1556-1607) retraces her ecstasies and visions in the first person in Italian, while confessing to the priest Vincenzo Puccini.

Christina Georgina Rossetti (1830-1894) is the protagonist in the fifth scene, speaking English through the refinement of her poems, while excerpts from Robert Burton’s The Anatomy of Melancholy underscore her voluntary solitude and profound inner search.

In the sixth scene, Anna Maria Kienker, born in the early 19th century, is the subject of a description in German by Ludwig Joseph Schmidtmann.

In the choral finale, excerpts from the British blog for anorexics, Ana, are associated with messages by other voices, male and female, in their original language: Latin, French, English, Italian and German. The voices of Therese Neumann (1898-1962), Saint Catherine of Siena (1347-1380), Apollonia Schreier (1607), Simone Porzio’s De Puella Germanica (1551), John Reynolds’ account of Martha Taylor (latter half of the 17th century), Gerardus Bucoldianus and Paolo Lentulo emerge momentarily from this magma of ideas and opinions, completed by the thoughts of two pioneers of Anorexia nervosa, William Withey Gull and Ernest-Charles Lasègue, and those of Olivier Véran, the French MP at the origin of the Véran amendment on the weight of fashion models (2015).

The four choral ensembles — women’s professional chorus, girls’ chorus, women’s amateur chorus and men’s professional chorus — display different vocal textures. The girls’ innocent ethereal timbre symbolises the hope of stopping the passage of time, in contrast with the women’s amateur chorus’s vulgar brutish utterances, embodying the expression of outcast women and their stifled protests. The delicate lyrical tone of fasting women personified by the women’s professional chorus is in sharp contrast with the critical assertive voices of the men’s professional chorus. These four vocal ensembles permanently occupy a kind of stratified co-presence with a few common entries on very familiar from the choral repertoire, each ensemble maintaining its specific vocal temperament. The ways in which the various references are treated and adapted are justified by the experimental nature and complexity of a long piece for unaccompanied chorus. The four choruses sing interruptedly for over an hour in extremely complex counterpoint. The musical references serve to offer a moment of relief, an active pause in a familiar musical space. After Pérotin’s Sederunt Principes, the choruses unite in brief fragments of Zitti, zitti from Rigoletto, Monteverdi’s Hor che’l ciel e la terra, Verdi’s Requiem, Pierre de la Rue’s Fors seulement (also cited in the Ockeghem version) including the Sleep Scene from Cavalli’s Giasone, the Witches’ chorus from Verdi’s Macbeth, Pérotin’s Beata Viscera and Monteverdi’s Vespro della Beata Vergine.

Explicit at times, subliminal at others, these musical frescoes of different periods give a characteristic colour to the different scenes, reflecting the great historical arc formed with this collage of texts. The arrangement of citations creates an impossible union between the four vocal ensembles, a unified soundscape for a puzzle made up of different voices and vocal styles.