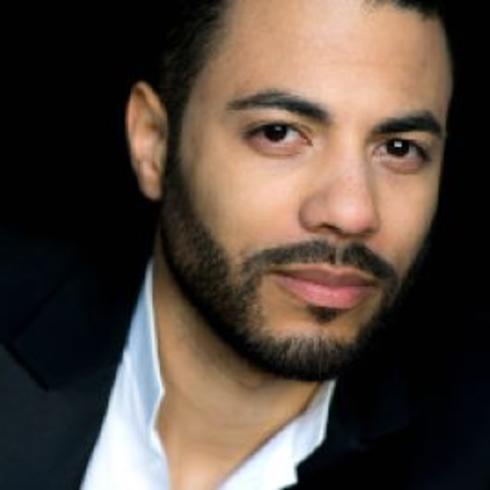 Vastation, his second opera, on a libretto by the writer Toby Litt, was premiered at the Munich Biennale in 2014, under the direction of the composer, with the Philharmonisches Orchester Regensburg and was taken over in Regensburg. His first opera, The Other Brother, was premiered at the 12th Munich Biennial in 2010. His orchestral works are defended by renowned musicians such as Kent Nagano, who commissioned him five orchestral pieces for the Symphony Orchestra Montreal, including A Globe Itself Infolding for Organ and Orchestra (2014) or, most recently, Symphony No. 1 Concordia (2016-17). His music is known for his clarity and power as well as his refined orchestration, his art of direction is characterized by an energetic and inspired style.

Samy Moussa participated in masterclasses of conducting with Pierre Boulez and Peter Eötvös. He studied composition and conducting at the Université de Montréal with José Evangelista as principal professor. In parallel, he was taking management courses in the Czech Republic with Paolo Bellomia. He has been invited to study in Finland with Magnus Lindberg and Kaija Saariaho as part of the International Summer Sounds Festival. In 2007, Samy Moussa moved to Germany where he enrolled at the Hochschule für Musik und Theater München and studied with Matthias Pintscher and Pascal Dusapin. He also takes lessons from Salvatore Sciarrino at the Voix Nouvelles de Royaumont.

Samy Moussa was assistant conductor of the Frankfurt Symphony Orchestra and Ensemble Modern. He received the Bayerischen Kunstförderpreis 2012 for his work with the INDEX Ensemble and was awarded the Composer's Prize 2013 by the Ernst von Siemens Music Foundation. He was declared "Composer of the Year" in Quebec in 2015, when Pierre Boulez commissioned a new orchestral piece - Crimson - for the Lucerne Festival 2015. In 2017, he received the Hindemithn Prize, a prize he receives from Christoph Eschenbach.

For soprano and orchestra

“Without belief, there can be no art”

For the Canadian composer and conductor Samy Moussa, who, in the past year received the Hindemith prize from the SHMF, music is a personal expression and a bodily experience: With power and emphasis, the young Canadian organizes the iridescent colors of huge casts, with the help of which he can best reify his musical visions into concrete designs. Moussa, who, among others, studied with José Evangelista, Matthias Pintscher and Pascal Dusapin, treasures the dramatic gesture: he uses the psychic dimension of sound and wants his audience to be seized emotionally as well as to be intellectually engaged. In that this engages with the deep romantic idea of “inspiration,” it overall fits the bill: “When I compose, in order to implement my musical thoughts, I abandon myself primarily to my “knowledge,” namely, to technical and aesthetic tools,” he said. “However, these tools alone are not sufficient to write music that satisfies me. To give a composition meaning, one utilizes deeper intuition. “Knowledge” thus serves only as a method for expressing content, which hopefully goes far beyond the notes.

Although I do not think that inspiration is the origin of this content, my imagination plays an important role in lending this content form. Important for this is belief – the belief in an idea, a design, or, more frequently, a metaphysical experience. This belief is then converted into a potential truth through always ongoing thought processes, the goal of which is communication. Thus, it is necessary to create a link to mystery. Therefore, I recognize the transformative power of music, which takes place on two different levels: on the ontological and creative levels, and on the level of reception. As an artist who thinks this way, it’s impossible for me to be a nihilist in my work and in my life. Without belief, there can be no art, at least not in the way I believe it to be.”

That a composer such as Moussa is predestined to engage with the prophetic texts of William Blake is obvious. Because the English poet and natural mystic trusted the force of fantasy and the dominance of emotion, which is reflected, among other things, in his epic poem “The Book of Ahania” from 1795. In it, Blake explains with allegorical intent how Fuzon, “the first begotten, last-born son” of Urizen rose against the Father and, as an embodiment of passion, took the field against reason and convention (Urizen). In this mythical allegory, Blake transformed the biblical story of the freeing of Israel from Egyptian captivity until the achievement of the Decalogue and the Crucifixion in his own cosmology. The conclusion of the poem portrays the complaint of Ahania (of sensual and spiritual pleasure) about the separation from his one-time beloved Urizen. In its image intensity and melodics, reminiscent of the “Song of Songs,” this passage belongs among the most poetical passages from Blake’s “Prophetic books.”