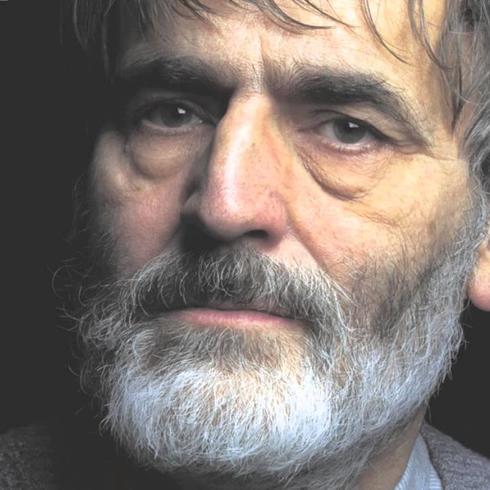 Helmut Lachenmann studied piano with Jürgen Uhde, theory and composition with Johann Nepomuk David from 1955 to 1958. This work has already been studied by Luigi No. musical personality of the young German composer.

The music of Helmut Lachenmann, which he calls "Klang Komposition" (the composition of sound), comes "both from an aesthetic purification and a deep rejection of any form of pre-codified order. Composed of squeaks, friction and screeches, it leads mainly to a reflection on sound and noise. "

He is an honorary doctor of the universities of Hanover, Dresden and Cologne and a member of the Academies of the Arts of Berlin, Hamburg, Leipzig, Mannheim, Munich and Brussels.

Among his many awards and honors include - among others - Ernst von Siemens Foundation Award (1997);Golden Lion of the Venice Biennale (2008);BBVA Foundation Music Prize (2011);Officer of the Order of Merit of the Federal Republic of Germany (2011);Hans Christian Andersen Award (2016)…

For eigth horns and orchestra

Helmut Lachenmann's My Melodies begins tumultuously with an orchestral tutti. Only gradually does a microtonally fluctuating horn tone emerge from this creative chaos, before the breath sounds of the horn group determine the musical events, which resound over a delicate veil of the string player's high pitches. Generally, the work opens up new dimensions of spatial sound, making music the "object of observation" and the concert hall the "place of adventure" (Lachenmann). The composition, according to its creator, was a special challenge because he was forced "to find something like harmony with the set of instruments of eight horns. There are now four tones, two tones, eight tones. And, of course, they wanted to be tuned and designed. I began to write down the respective unused notes, to avoid penetrating octave doublings and to explore new chord relations. Chord: that is, the combination of the same sound sources form an interval complex, which tones begin and end more or less simultaneously.

Apart from a few passages in which the horns emerge soloistically as a collection of tone colours, they are firmly integrated into the acoustic texture of the orchestra and, with their characteristic tone colour, they create a variety of resonant and associative spaces.

"I always have to do what I can't do. And the story with the eight horns is simple: When I rehearsed my opera 'Das Mädchen mit den Schwefelhölzern' (The girl with the matches), in which eight horns also appear, there was only a partial rehearsal with the horn players. And that sounded so beautiful - more beautiful than the entire opera. Then I thought: This is a new device! There are no soloists in the classical sense, in which each individual plays a virtuoso figure or something similar. These eight - that is one single instrument. It's not about new sounds, it's about new hearing. But to place the antennas on this energy of hearing, I first had to suspend the view on the melody. That was a reason to avoid the 'Melodious', or at least to keep it totally in check. Now everyone is waiting for a melody and, of course, I will have to disappoint them all.

My Melodies are simply not 'my melodies' - they don't exist - however, Frank Sinatra sends his regards: "They convey 'my way' of melodies in the creative handling of the means of sound."