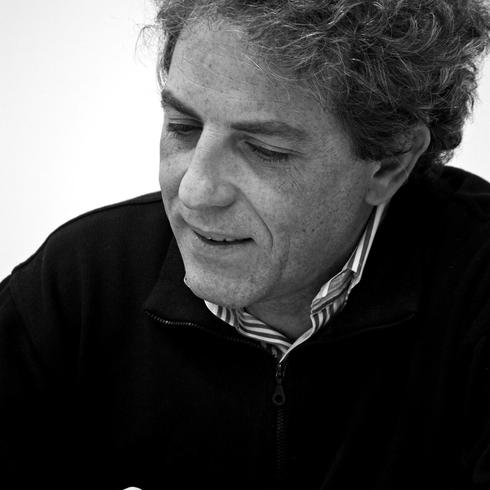 After attending the Conservatorio Giuseppe Verdi in Milan, Stefano Gervasoni studied with György Ligeti in Hungary in 1990, and then, in 1992, he attended the IRCAM Course in Composition and in Computer Music in Paris. He is artist-in-residence at Villa Medici in Rome in 1995-1996.

He receives commissions from – among others - the WDR, the SWR, the Orchestra Nazionale della RAI, the Münchner Kammerorchester, the Festival d'Automne in Paris, Radio France, IRCAM, the Ensemble Intercontemporain, the Maerzmusik festival in Berlin, the Ars Musica Bruxelles, the Festival Musica in Strasbourg, Suntory Hall in Tokyo…

His catalogue, published by Ricordi and by Suvini Zerboni, includes about sixty pieces ranging from solo to orchestra, and many vocal works. His opera, Limbus-Limbo is created in Festival Musica in 2012.

Winner of numerous prizes, he received in 2018 "Serge Koussevitzky Music Foundation Award". He has also been invited to teach at the Darmstadt Ferienkurse, on the courses organised by the Fondation Royaumont (Paris), at Toho University in Tokyo, at the Festival International de Campos do Jordão in Brazil, at the Conservatory in Shanghai, at Columbia University (New York), at Harvard University (Boston) and at Takefu International Music Festival. He has been composer-in-residence at Lausanne Conservatoire (2005) and at Yellow Barn Summer Academy (Vermont, 2016).

Since 2006 Stefano Gervasoni has held a regular teaching post as professor of composition at the prestigious Conservatoire National Supérieur de Musique et de Danse in Paris.

In die Luft geschrieben (“Writing in the Air”) is a vocal cycle of lieder based on epitaphs written by Nelly Sachs, from 1943 to 1946, dedicated to real people who went missing as a result of the horrors perpetrated by the Nazis. Fifteen of these poetic works were discovered only after the poetess’s death, and were published posthumously in 2010.

« This composition is one of my first in which the commitment to civil society is evident. Let’s say it’s spelled out in no uncertain terms for the first time, through the poetry of Nelly Sachs and the tone of that poetry.  It’s a tone that speaks out with particular strength, belied by the appearances of a simple, tragically light linguistic register, like the air in which the ashes of a name are scattered. Verses where the wounds of history are traces that have all but disappeared, poetically veiled in words to decipher, absolute in their violence, yet exquisitely delicate in their poetic expression. This is what makes the voice in Nelly Sachs’ poetry the voice of all of us. It’s a warning to future mankind: a sin went down in history and must be atoned for by all. This is the teaching that must be inscribed  in the foundations of future civilization. But even today, reason resists assuming responsibility and learning from history; it resists the idea of making decisions in favor of people’s lives collectively, all across the world, in defense of the common good. In musical terms, that’s the tone I’ve always sought when making my music. There’s that same tone, so clear, that we hear in the poetry of Nelly Sachs, especially in the epitaphs of In die Luft geschrieben. The epitaphs were set to music that flows without interruption, and they comprise a wandering journey. They are broken up into groups that are connected by interludes of musical reflection. »