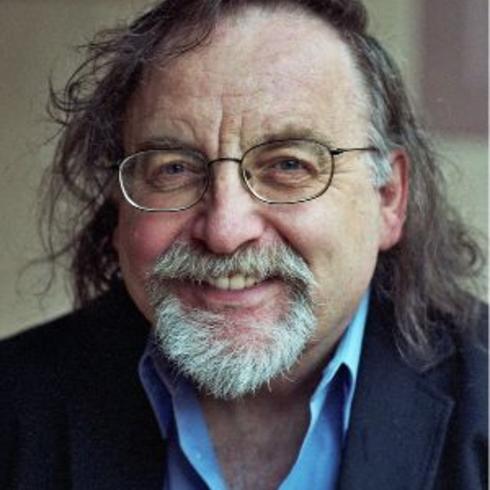 Ferneyhough was born in Coventry, England, in 1943 and received formal musical training at the Birmingham School of Music and the Royal Academy of Music, London. In 1968 he was awarded the Mendelssohn Scholarship, which enabled him to continue his studies in Amsterdam with Ton de Leeuw, and the following year obtained a scholarship to study with Klaus Huber at the Basel Conservatoire.

Following Ferneyhough’s move to mainland Europe, his music began to receive much wider recognition. The Gaudeamus Composers’ Competition in the Netherlands awarded Ferneyhough prizes in three successive years (1968–70) for his Sonatas for String Quartet, Epicycle and Missa Brevis respectively.

The Italian section of the ISCM at its 1972 competition gave Ferneyhough an honourable mention (second place) for Firecycle Beta and two years later a special prize for Time and Motion Study III which was considered the best work submitted in all categories.

Recent works have included Inconjunctions (2014), Contraccolpi (2016), and a collection of encounters influenced by Christopher Tye, Umbrations (2001-2017), premiered by the Arditti Quartet and Ensemble Modern at Wittener Tage für Neue Kammermusik.

Associated with the most prestigious teaching institutions and international summer schools for contemporary music, from 1984 to 1996 Ferneyhough was Composition Course Co-ordinator at the biennial Darmstädter Ferienkurse für Neue Musik. In 1984 he was made Chevalier de l'Ordre des Arts et des Lettres and he has since been named a member of the Berlin Akademie der Künste, the Bayrische Akademie der Schönen Künste and a Fellow of the Royal Academy of Music. In 2007, he received the Ernst von Siemens Music Prize, in 2012 receiving the honorary doctorate degree from Goldsmiths College University of London.

Before being asked by the members of Ensemble Recherche to contribute to their then rapidly growing collection of short works utilizing, in some manner, the well-known In Nomine plainchant, so widely used as the basis of instrumental consort music in the 16th Century, I had never seriously considered employing material from earlier periods of occidental music history. Whilst the immediate postwar generation of British composers chose to work intensively with medieval and renaissance models as a way of developing a uniquely national approach to late 20th Century form and technique, I identified far too strongly with key Central European Modernist aesthetic tenets for me to seek a historical connection with the far past. In any case, not coming from a musical background I had no practical access to, or emotional identity with, the cathedral choir schools which nurtured many English composers in significant ways.

However, as soon as I began to occupy myself with this unlikely task, I distinguished a number of ways in which one might approach a 'foreign body' of whatever sort of unfamiliar material. In particular, I was determined to avoid any suggestion of parasitism in which objects of regard are sucked dry by an all-too-literal variative consumption of their substance. I thus settled on a tentative and fragile 'cohabitation' in which neither the underlying chant entity itself nor the specifics of individual pieces would be permitted to predominate in my speculatively 'shadowed' realizations. Rather, I approached each of the movements selected as models through the application of different forms of mapping and filtering procedures designed to allow, in each case, only a narrow range of salient features of the original to make their presence felt - akin, perhaps, to ecclesiastical brass rubbings made by the application of a wide range of sometimes resistant or otherwise imperfect materials.

After examining viol consort pieces by several composers I settled on Christopher Tye's remarkable array of stylistically homogenous works, as ideal for my project, since I had quite soon determined that the realization of my vision implied the availability of a more substantial body of work than the initial request for a short 'occasional' piece might have been thought to require. At that early stage I did not consider assembling the results of my encounter into a larger scale multi-movement work: the coming together of various stages of exposure to the compositional challenges involved, spread as they were over more than ten years of sporadic focus, should not, therefore, be understood as a definitive, formally balanced 'cycle' but rather as an almost open-ended collection of encounters the order of which was not determined by date of composition but by considerations of instrumentation and degrees of affinity or contrast.