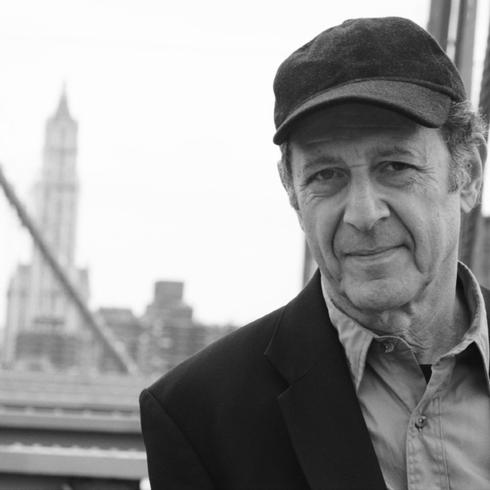 Steve Reich has been called "America’s greatest living composer" (Village Voice), "the most original musical thinker of our time" (The New Yorker), and "among the great composers of the century" (The New York Times). His music has influenced composers and mainstream musicians all over the world. Music for 18 Musiciansand Different Trainshave earned him two Grammy Awards, and in 2009, his Double Sextetwon the Pulitzer Prize. Reich’s documentary video opera works—The Caveand Three Tales, done in collaboration with video artist Beryl Korot—have been performed on four continents. His recent work Quartet, for percussionist Colin Currie, sold out two consecutive concerts at Queen Elizabeth Hall in London shortly after tens of thousands at the Glastonbury Festival heard Jonny Greenwood (of Radiohead) perform Electric Counterpointfollowed by the London Sinfonietta performing his Music for 18 Musicians.

In 2012, Reich was awarded the Gold Medal in Music by the American Academy of Arts and Letters. He has additionally received the Praemium Imperiale in Tokyo, the Polar Music Prize in Stockholm, the BBVA Award in Madrid, and recently the Golden Lion at the Venice Biennale. He has been named Commandeur de l’Ordre des Arts et des Lettres, and has been awarded honorary doctorates by the Royal College of Music in London, the Juilliard School, the Liszt Academy in Budapest, and the New England Conservatory of Music, among others. "There’s just a handful of living composers who can legitimately claim to have altered the direction of musical history and Steve Reich is one of them," states The Guardian.

Music for Ensemble and Orchestra is an extension of the Baroque Concerto Grossowhere there is more than one soloist. Here there are 20 soloists—all regular members of the orchestra, including the first stand strings and winds, as well as two vibraphones and two pianos.

The piece is in five movements, though the tempo never changes, only the note value of the constant pulse in the pianos. Thus, an arch form: sixteenths, eighths, quarters, eighths, sixteenths. Music for Ensemble and Orchestra is modeled on my Runnerof 2016 which has the same five movement form.

Quartet, was written for Colin Currie, is doser in mood to Mallet Quartet than Sextet. The quartet of two pianos and two vibraphones has played a central role in Reich's work, appearing in pieces since the early 1980s, yet this is the first time he has written for the four instruments alone.

The soundworld is therefore familiar Reich, and so are many of the techniques. Again it uses the fast-slowfast structure ; the music is full of Clapping Music-type rhythms ; and many of the textures are built from layers and canons. What is new is the pace of change : the canons are much shorter (at the start of the piece only a few notes long) and the harmonie changes come more frequently. And instead of dividing into melody and accompaniment, as in Mallet Quartet, the instruments play much more with different pairings among themselves. Just like a classical string quartet the ensemble is completely balanced, with no instrument coming to the fore, echoing Reich's suggestion that this is his classic line-up.

Quartet, when mentioned in the context of concert music, is generally assumed to mean string quartet. In my case, the quartet that has played a central role in many of my pieces (besides the string quartet) is that of two pianos and two percussion. It appears like that or in expanded form with more pianos or more percussion in The Desert Music, Sextet, Three Movements, The Four Sections, The Cave, Dance Patterns, Three Tales, You Are (Variations), Variations for Vibes, Pianos and Strings, Daniel Variations, Double Sextet, and Radio Rewrite. In Quartet, there is just this group alone: two vibes and two pianos.

The piece is one of the more complex I have composed. It frequently changes key and often breaks off continuity to pause or take up new material. Though the parts are not unduly difficult, it calls for a high level of ensemble virtuosity.

The form is one familiar throughout history: fast, slow, fast, played without pause. The slow movement introduces harmonies not usually found in my music.

The piece is dedicated to Colin Currie, a percussionist who has broken the mold by maintaining his solo career with orchestras and recitals and also, quite amazingly, by founding the Colin Currie Group which plays whatever ensemble music he believes in. I salute him and hope others will take note.