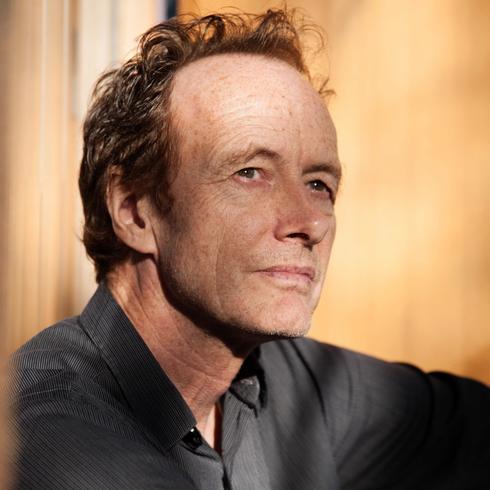 In 2004 he was awarded the Music Prize of the City of Vienna, and in 2005 became a member of the Academy of Arts in Berlin. He was awarded the Golden Lion at the Venice Biennale in 2006 for his work Fama, and in 2014 the Great Austrian State Prize. In 2010 his music theatre Wüstenbuch was premiered at the Theater Basel, in 2015 his opera La bianca notte / the bright night at the Hamburg State Opera.

for piano and orchestra

Swiss-born Austrian composer Beat Furrer was born on December 6, 1954 in Schaffhausen. He started studying piano at the conservatory in his hometown and then moved to Vienna in 1975 to study composition with Roman Haubenstock-Ramati and conducting with Otmar Suitner. He now lives in Kritzendorf, near Vienna.

In 1985, he created the ensemble Klangforum Wien (first called "Société de l'Art Acoustique"). He was- the artistic director until July 1992. Since 1992, Beat Furrer has been a professor of composition at the University of Music and Dramatic Arts in Graz. Visual arts, literature, jazz form the background from where his first works spring. Some techniques by analogy to similar plastic processes: superposition of layers that gradually identify an object by revisiting the same structure ("Retour an dich", trio, 1986), effects of light and shade ("Streichquartett No. 1", 1984). This work of extreme differentiation between sounds, gestures and textures branches in places in frames or dense stands, however, on the verge of dissolution ("Studie 2 - à un moment de terre perdue" for ensemble, 1990; "Nuun", concerto for piano and orchestra, 1996). The tendency to allow certain non-fixed elements, or to let the figures develope in an independant way within a small frame, is a trademark of his writing until his last works. The musical form is most often proceeded by process bunk covers, or progressive revelation, filtering or distortion mechanisms or refined materials, often torn by emphatic gestures arising in all their strangeness ("Still", 1998). The voice finally, to the noisy babble of the formed language, occupies a decisive place in his compositions. Instruments, such as voice are often close to the spoken utterance. The flute of "Invocation" (2002-2003), as well as the singer and actress, plays the main character. Among his musical theater works include his first opera "Die Blinden", created in 1989 at the Festival Wien Modern, "Begehren" (2001) and "Fama" (2005), described Hörtheater (theater to listen)".

winner of the 1984 Composition Competition "Junge Generation in Europa" (Young Generation in Europe in Cologne, Venice, Paris)
1989 winner of the Young Composers Forum in Cologne
1992 Siemens grant
1993 Music Prize of the city of Duisburg
1996 composer in residence with the "Musical Weeks Lucerne"
2004 Music Prize of the City of Vienna 2003
Member since 2005 of the "Art Academy", Berlin, music section
2006 Prize "Golden Lion" for FAMA received at the Venice Biennale
since 2006 guest Professor to the chair of composition of the School of Music Arts and Expression of Francfort-sur-le Main

(for piano and ensemble)
"Concerto for piano and ensemble" Beat Furrer is the extension and the culmination of his compositional study of the sounds of the piano, its phenomena, its resonances, its harmonic spectra, the use of pedals, previously explored in the works for solo piano like Phasma (2002) or DreiKlavierstücke (2004) and in Nuun for two pianos and ensemble (1995/1996). "My main goal was", says Beat Furrer, "to give the piano a resonance throughout the piece and maintain the plasticity of its sounds. These sounds are still the center of gravity of the piece while the orchestra plays the role of amplifier, giving an extended piano sound". Concerto for piano and ensemble sound spatialization using the piano as a compositional technique. The large ensemble is the echo chamber of the solo instrument, in which the different sounds and possibilities of articulation of the piano are amplified: from metal, shattering into crystal. Particular emphasis is given to the sounds and trembling tones of the low notes of the strings: the "non-tempered in the temperate" here is the starting point for the harmonic development. (...) Muted notes of the low keys of the solo piano acquire a resonance by the instruments of the orchestra and the sounds of Piccolo's second piano: they flow so to speak, from the solo instrument into the acoustic environmental space. Of these vibrations, Beat Furrer develops a rapid movement of sextuplets, which result in the complete device ever more dazzling cascades of piano solo. The early harmonic structures are transformed into rhythmic structures.

Le martellato (hammered) sets the sextuplets that turn more and more the whole expression of the event.

The result is a figure carried deeper into the suction of the motor movement. The increase corresponds to a dynamic expansion of the sound space, up to the high notes of the piano, accordion and trumpet, combined with a sound transformation. "The process leading to more and more metallic sound, high pitched, like a gong. It is interrupted by two lines gradually ascending, tones and resonances leading to the most acute that can be comparable to the sound of a woodblock. Thus began a process of modulation to the crystalline sounds. Glass bottles begin a descending line, the piano is also used. During these repeated periods in the high note regions, the martellato indicates a turning point to another sound, isolated, brutal." (...)

Nero su nero (black on black) speaks of gradations of darkness, of the nuancing of light, the application of colour without colour, the stratification of pigments, of intensification. A multiple fanned-out overlapping of voices, whose particles rest on quite elementary forms of movement is the colour material. In the composition two great sections composed of heterogeneous elements frame a slow central part which emerges as a great inexorable development leading to a bright, loud, frenetic blaze. A continuous intensification is pared from almost imperceptible alterations, which takes the action to a tremendous dramatic high point.

The structural model, says Beat Furrer, consists of a principle of assembly developed to the highest complexity and yet simplicity: “It is about the creation of melody from the interpolation of heterogeneous elements. In the first part these are two layers; a great colourfulness is created of these two structures interpolated into each other. In the central part there is just one layer. The very long central section is concerned with achieving a continuous alteration of colour instrumentally as well as harmonically – from darkness to light. Within this development there is nevertheless still a structural polyphony of various kinds of movement in the strings, at different speeds with the ascending and descending lines. The sequencing models are based on chromatic and other intervallic combinations which pass by superimposed in the tonal landscape, so that a kind of unending movement of wandering overtones is produced. In the last part the descending chromaticism in the strings is continued, as overtones of a chromatic line.”