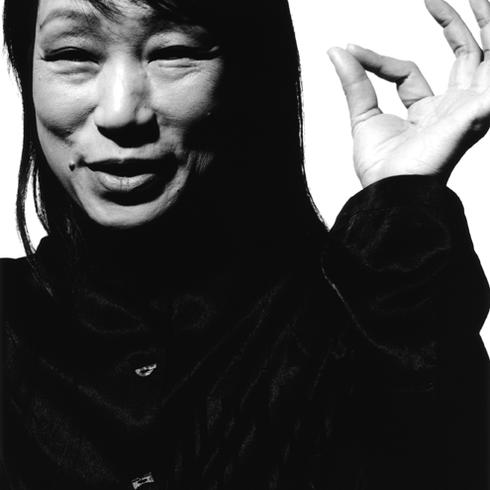 From a very early age Unsuk Chin started learning piano and music theory. She then entered the Seoul National University where she studied composition with Sukhi Kang until 1985. She performed as a pianist at the Pan Music Festivals.

Her composition Gestalten is used for the World Music Days of the International Society contemporary music in Canada in 1984 and the International Rostrum of Composers of the Unesco in Paris. A grant from the DAAD permits her to follow courses with Georgy Ligeti at the academy of music in Hambourg from 1985 till 1988. She has been living in Berlin since 1988 and works in an electronic studio of the Technical University .

Her compositions are performed in many festivals and concert series mainly in England, France, South Korea, Finland and recently in Scandinavia. Her most played work, Akrostichon-Wortspiel (1991), has been scheduled in fifteen countries and performed by major ensembles such as Ensemble Modern, the Birmingham Contemporary Music Group, the Nieuw Ensemble, the Asko Ensemble, Ensemble Ictus, the Los Angeles Philharmonic and the Philharmonia Orchestra.

She was a residing composer for the Symphony Orchestra of Berlin in 2001/2002 and received an order for her Violin Concerto , created in January 2002 with the Berlin Philharmonic with Viviane Hagner, under the direction of Kent Nagano.

Amongst her major works also include Fantaisie mécanique and Xi , commissioned by the Ensemble Intercontemporain, ParaMetaString , commissioned by the Kronos Quartet, a Concerto Piano written for Rolf Hind, Miroir des Temps order, from the BBC for the Hilliard Ensemble and the Philharmonic Orchestra of London, Kala jointly directed by the symphony orchestras of the Danish Radio, Gothenburg and Oslo.

Unsuk Chin received many awards, in 1985, the grand prize International Gaudeamus Competition (Amsterdam) for her work Spektra , in 1993 and the first prize for orchestral works to commemorate the fiftieth anniversary of the Tokyo government for Santika Ekataka < em>. In 2004/2005, she composers Cantatrix Sopranica , commissioned by the London Sinfonietta, the Los Angeles Philharmonic New Music Group, the St Pölten Festival (Austria), Ensemble Intercontemporain and Musikfabrik. She was residing composer for the Seoul Philharmonic Orchestra from 2006 to 2008. Alice in Wonderland , an opera based on the book by Lewis Carroll which was created in the Bavarian State Opera in Munich in June 2007 and a series of Studies for piano. Unsuk Chin's works are published exclusively by Boosey & Hawkes.

I. Prologue - Dramatic opening of the curtain

The title comes from the Vielle Haut allemend meaning : winding up, making ridiculous movements fooling someone by magic, fortune-telling.

The title refers to a Proustian moment that I experienced -in a completely unexpected way - while visiting China for the first time in 2008 and 2009and during which I visited -- Hong Kong and Guangzhou among others .

The atmosphere of the old and poor houses with their narrow winding lanes, street food vendors and markets - next to the giant video screens, modern buildings and glittering shopping malls - brought back to mind the experiences of a long forgotten chidhood .

This reminded me a lot of Seoul in the 1960s, the period after the Korean War and before the radical modernization. Conditions that don't exist any more in South Korea. I have a particular memory of a group of artists that I saw several times as a child in a suburb of Seoul .

These amateur musicians and actors travel from village to village imposing self-medication - which at best is ineffective. To seduce the villagers, they would go on stage singing, dancing and doing various stunts.

I still remember that the intrigues were nearly always related to unrequited love and that the heroine inevitably ended up committing suicide.

All this was proof of amateurism and was kitsch, however, this awakened incredible emotions amongst the spectators: it is hardly surprising, considering that it was virtually the only entertainment in a daily life marked by poverty and repressive structures. Electronic games and toys (not to mention art,at all) were of course unknown.

So the whole village was present for this "great event, "a circumstance that others also enjoyed benefiting : fortune tellers, charlatans and peddlers of travel. Of these, there were wig traders with whom the girls could earn money for their families by sacrificing their plaits

Gougalon does not refer directly to the amateur and lousy music of this street theater. The memories described above simply provide a framework, as well as the titles of the movements that have no explanatory role.

This work is intended " an imaginary folk music "that is stylized, broken and primitive in appearance only.